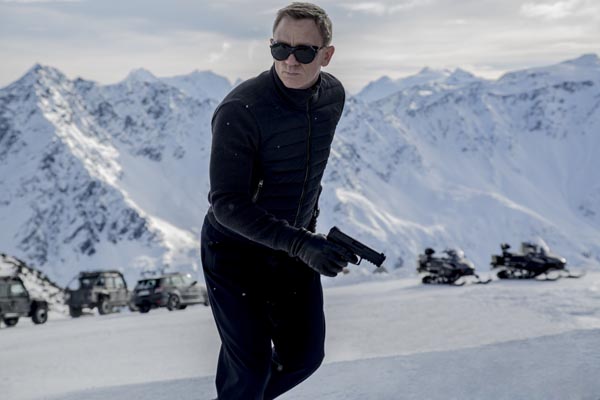 007 fans across the globe have been eagerly awaiting the new James Bond film SPECTRE starring Daniel Craig in his fourth appearance as James Bond.

David Hill, CEO of E3, has been granted the exclusive license and rights to produce the first ever regional James Bond Gala Charity Screening in Brighton & Hove.

This exclusive screening of SPECTRE will take place at The Odeon in Brighton on October 27, the day after the London premiere.

The worldwide release of the film is not until November 6. All of the proceeds from the event will go to Chestnut Tree House Children’s Hospice and The Sussex Beacon, two charities with whom David and E3 work closely.

David says: “I’ve been a fervent Bond enthusiast all my life so it’s thrilling to be producing this very special ‘first’ for Brighton. In true 007 style it will be a glitzy night and I’m sure we will have some celebrities attending too!”

With just over 200 tickets available for this black-tie gala evening, the lucky ticket holders will not only be amongst the first people to see SPECTRE but they will also enjoy a pre-film champagne reception that is being fully sponsored and hosted by The Grand Hotel.

Guests will also be invited back to the hotel for the after-party.

Andrew Mosley, General Manager of The Grand, said; “We believe that The Grand is the perfect venue for this unique event and we are delighted to be hosting it. More importantly our contribution will help raise even more money for Chestnut Tree House and The Sussex Beacon, two local charities that we support.”

SPECTRE is the twenty-fourth James Bond film, and is directed by Sam Mendes who also directed Skyfall.

The story features James Bond’s first encounter with the global criminal agency known as SPECTRE, marking the organisation’s first appearance in an Eon Productions film since 1971’s Diamonds Are Forever.

Tickets are £50 each (£60 for premier seats) and can be purchased through The E3 office by emailing: support@e3grouponline.com