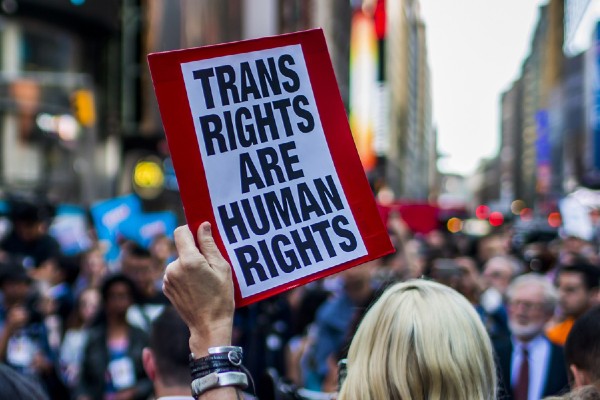 After hearing cases from the NHS and handful of LGBTQ+ organisations – with the support of the Good Law Project – the UK Court of Appeals has reversed the December 2020 Bell v Tavistock ruling that aimed to prevent young trans people from accessing puberty blockers without legal consent. The 2020 regulations came about when Kiera Bell, 23, brought action against the NHS after taking puberty blockers at age 16, before later detransitioning in her early 20s.

Many young trans people were left dismayed at the decision, leading the NHS and numerous trans advocacy groups – including Mermaids, Stonewall and Gendered Intelligence – to launch an appeal against the ruling. After being granted the right to appeal in January 2021 and making a case to the court in June, the ruling has now been repealed.

Gendered Intelligence announced the news on social media, saying: “SUCCESS! Bell v Tavistock has been overturned in the Court of Appeal. This is a huge win for trans people, trans youth and their families in particular.” According to the organisation, the Court of Appeals found that it “was inappropriate for the Divisional Court to provide the guidance” in the first place, meaning that the regulations will be altered as soon as the NHS England guidelines are updated.

Many LGBTQ+ people and advocacy groups are celebrating the court’s decision, with Mermaids describing it as “wonderful” news. It continued: “Trans young people deserve the right to make decisions about their own bodies in exactly the same way as all other young people. But while we celebrate today’s decision, it’s also important that we reflect on what has been a traumatising period for many young people and their families.”

Mermaids urged the NHS to act as quickly as possible “to ensure access to healthcare is reinstated for those that have been left stranded for so long.” Susie Green, Mermaids CEO, added: “We need to see definitive and decisive action by the Tavistock and NHS England to address the needs of those young people and their families all over the UK who are in a state of anxiety and distress.”