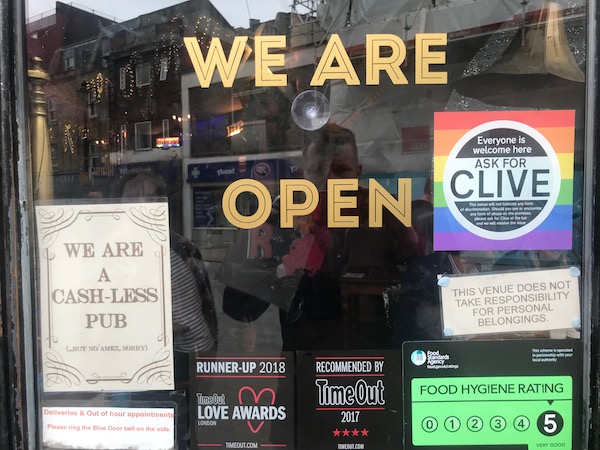 Ask For Clive, a charity combatting LGBTQ+ discrimination in the community and partnering with entertainment venues to become safer, welcome spaces, has announced the second nationwide Pub Pride.

Publicans and venue managers have freedom to decide what their Pub Pride event entails, tailored to their local community. Events confirmed so far include live music, cabaret, and karaoke. The charity also encourages venues to raise funds on the night. This year’s event will be on Friday, May 27, with partners encouraged to keep flags and bunting up for all of Pride Month of June.

The scale of Pub Pride 2022 is set to be even larger, with 2021’s inaugural venues returning, many new sign ups, major partners and iconic venues getting onboard.

Danny Clare, Co-Founder of Ask For Clive, said: “It is great to be back for 2022, we have already had an abundance of interest from last year’s venues and major partners including Punch Pubs, Oakman Inns and Farr Brew. We are also in discussion with several exciting and iconic venues across the country.

“This year, now free of restrictions, we aim to get 1,000+ venues participating. The first Pub Pride was well-received by local businesses and the LGBTQ+ community, so we look forward to sharing the message of inclusion on a much bigger scale this year.

“So far, we have venues signed up from the Shetlands to Gibraltar, it’s key that Pub Pride is where you live and where you go out. We are thrilled to also have nationwide support from CAMRA this year to boot.

“This will really help drive the messages of acceptance and inclusivity at a grass roots level, especially into rural and non-urban areas.”

Last year, the St Albans-based charity launched the first iteration of the event to unite LGBTQ+ communities across the UK and kick off the Pride season, in which over 200 UK venues registered and held their own Pub Pride nights.

Pub owners and managers looking to take part in Pub Pride must register their venue and purchase a kit for their event here. The Pub Pride product range has also expanded for this year, with badges and t-shirts available for pubs to sell to visitors. Venue Packs start from £50. Monies raised go directly back into Ask For Clive and local Pride organisations. Registration for Pub Pride 2022 closes on April 4.