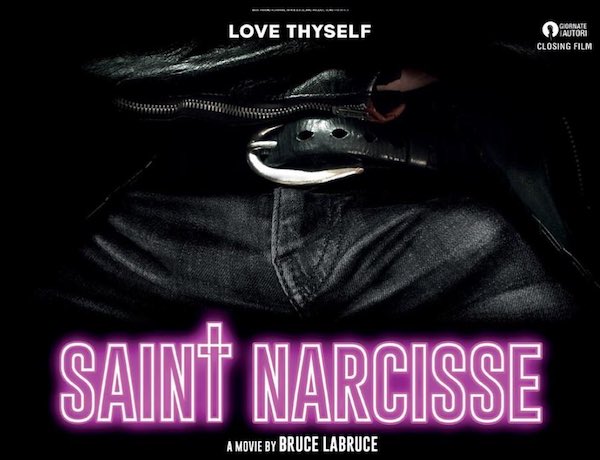 Amazon Prime Video has banned Bruce LaBruce’s queer comedy Saint-Narcisse, which is a darkly comic psycho-sexual thriller, reviewed favourably in Scene when it first got a screening at the prestigious Iris Prize Film Festival last autumn.

The film’s distributors – the equally prestigious Peccadillo Pictures – has been informed of the ban but given no reasons for it.

The film, classified 18 without cuts by the British Board of Film Classification, had previously been available on Amazon in the USA and France, but has now been removed. This is the latest LGBTQ+ film to have been banned by the company. Previously, the Peccadillo Pictures 2020 release of Chilean queer prison drama The Prince – reviewed favourably by Scene – was also banned.

Peccadillo MD Tom Abell told Scene: “We are totally mystified as to why Amazon is refusing to make the critically acclaimed Saint-Narcisse available to its customers. While this hugely entertaining film is full of outrageousness and provocation, that are Bruce’s hallmarks, we have no idea if Amazon’s objections relate to the film’s themes or particular sequences.”

Saint-Narcisse tells the story of a narcissistic young man who discovers he has an identical twin brother, raised in captivity by a wicked priest. When destiny bring the brothers together – both played by Felix-Antoine Duval – they become embroiled in an anarchic web of incest, revenge and redemption.

Viewers in the UK can still see the film on numerous VOD platforms, DVD and PeccadilloPOD.com

Bruce LaBruce will be talking live about the film and the ban on Peccadillo Sofa Club’s YouTube on June 27.