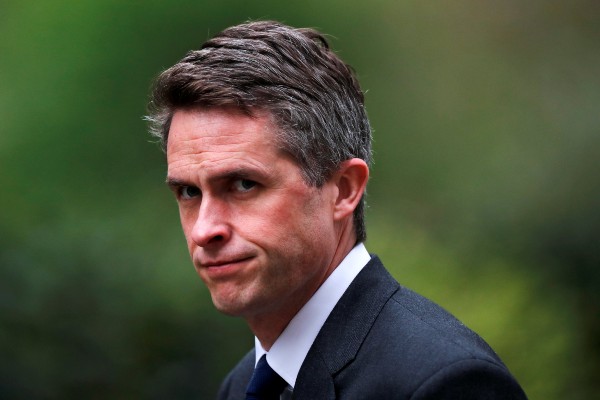 Academics have criticised UK education secretary Gavin Williamson’s ‘free speech’ plans, which aim to ban universities from banning hate speakers on campus. Williamson introduced the regulations earlier this month, with the secretary saying an official will be appointed shortly to “strengthen free speech and academic freedom at universities”, and monitor institutions to ensure they comply with the new regulations. This means universities will not be able to ban anti-LGBTQ+ or racist speakers without being penalised.

However, the regulations have faced criticism from university officials who say there is no issue with the restriction of free speech on campus. Professor Colin Riordan, the out bisexual vice-chancellor of Cardiff university, told The Guardian: “The research this is all based upon is completely misleading.” He said Cardiff was being criticised for barring ‘gender criticial’ feminist speaker Germaine Greer in 2015, when this is not factually correct: “There was a campaign against Germaine Greer speaking, and we had to consider whether to cancel the event – and we didn’t. It is exactly the opposite of what has been suggested: the event went ahead.”

Richard Wynn Jones, professor of Welsh politics at Cardiff, who attended Greer’s lecture at the university in 2015, added: “I am outraged that this alleged event in Cardiff keeps being brought up by the culture warriors, and it’s now being presented as a key argument for new legislation…Supposedly this was someone who was a fearless feminist of her day being closed down by a woke mob while the university stood by. But that is absolutely, categorically untrue.”

A Department of Education spokesperson insisted: “Unacceptable numbers of students and academics feel unable to express their lawful views without fear of repercussion.” However, Jo Grady, general secretary for the University and College Union, said: “The government appears to support free speech so much that despite there being no evidence of a free speech crisis on campus, they want to create a ‘free speech champion’ with the specific purpose of sanctioning  institutions for allowing people to exercise choice and free speech…The ‘evidence base’ for this ‘woke-induced free speech crisis’ is completely manufactured.”