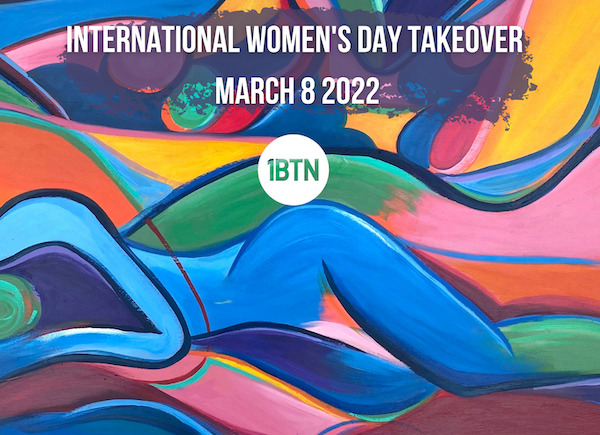 The 1BTN International Women’s Day Takeover (1BTN IWD22) has become a key fixture in the station’s calendar since its debut in 2018. This year’s takeover will feature 23 of the station’s female presenters across the 24 hours of programming, playing female-focused music spanning the genres to enlighten your ears and feed your soul! 1BTN will also be raising money for Sussex-based domestic abuse charity RISE, helping them to receive match funding from The Big Give.

The IWD22 campaign theme #BreaktheBias will be at the heart of the day. The campaign asks everyone to cross their arms in solidarity to call out gender bias, discrimination, and stereotyping.

Kerry Jean Lister from 1BTN said: “We’re all so happy and proud to be running our fourth IWD takeover on 1BTN. We’ve gone from 12 shows back in 2018 to over 24, and to see our roster of female and non-binary DJs increase in that period has been fantastic.

“There will be something for everybody to listen to, and we will once again be raising money for the vitally important local charity RISE, who this year will be taking part in The Big Give Women and Girls Match Fund, if they reach their goal of £25,000, all donations will be matched, and they will receive £50,000 towards their services! So, tune in and dig deep!”

1BTN IWD22 will be helping RISE to receive match funding from The Big Give, provided by the DCMS Tampon Tax fund. RISE have one week to reach a fundraising goal of £25,000 in order for it to be matched by The Big Give Women and Girls Match Fund, and RISE will receive £50,000 towards their vital services. The RISE Together online campaign page will be live for one week from March 8-15. To donate, CLICK HERE

Exclusive artwork for 1BTN IWD22 has been provided by Brighton artist Alice Twamley.