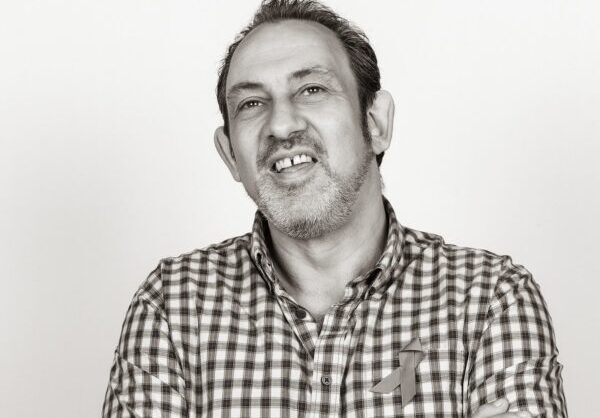 Earlier this year I was overjoyed to re-elected as the HIV Community Rep within Brighton & Hove Community Works. My role involves bringing the voice and expertise of the community and voluntary sector, and lived experience of HIV, to local authority policy makers, cross-sector partnerships and forums. In this role, continued working with the Brighton & Hove Fast Track City taskforce has been a productive and meaningful exercise, with everyone who participates valuing the strengths of the voluntary sector, working collaboratively, the need for and opportunities that strong and cooperative relationships provide. Brighton & Hove is the UK’s first Fast Track City, with goals to get to zero, ending new cases of HIV by 2030, and an end to HIV-stigma.

Community representatives and partner organisations involved are working flat-out to achieve this, with considerable success. The passion and energy of organisations working locally such as Terrence Higgins Trust South and the Martin Fisher Foundation are inspiring, taking well-informed, creative and innovative approaches towards achieving the fast track city goals, and so importantly they are actively working openly and collaboratively with the widest range of stakeholders.

NHS stakeholders have continued to embrace these goals, including a ground-breaking piece of educational work aiming to make the local NHS Health Trust one which is free of HIV stigma. Other recent innovations in the local NHS trust include the introduction of ‘opt out HIV testing’ when attending the Emergency Department.

When people have routine bloods taken as part of their visit, a test for HIV sits alongside the many others that will routinely be undertaken. Rightly so, in my opinion, as HIV should continue to be normalised and understood as such without stigma or undue apprehension within the wider population. Contributing to this work continues to be a fulfilling experience, working with clinicians who value and have a genuine desire to understand and involve people with lived experience of HIV.

So, now over 40 years since HIV became known, and with previously unimaginable advances in prevention, treatment and care, to the point that we’re now talking about the goal of no new cases by 2030, and an end to HIV-stigma. Of course these are ambitious aims, but ones we must all embrace. As people living with HIV, whose voice is so often sought and valued, we surely must acknowledge that for very many people living with HIV, this is now normalised and that life feels no different to others who are not living with HIV. But that still for some people there remain health challenges, inequalities, adverse social circumstances – all of which can present themselves without warning at any time; and that still for many of us adjusting to living with a diagnosis of HIV takes time, often requiring added empathy, understanding and support from others.

I frequently encounter and talk with other HIV reps and people living with HIV as activists and influencers. Our nation and the HIV community that has evolved over decades has produced a wealth of us, and the newer Fast Track Cities in England have embraced community representation as essential to achieving their aims.

For those many people like myself, to represent is a privilege, and we are often in the position of already having had our own support needs met, often living well with HIV. So, with decades of lived experience of HIV, it’s essential that our voice and influence is always authentic, and representation evidence and needs led. We must be unbiased and impartial, hold strong values of service to others, model behaviours of cooperation, impartiality and respect that we expect of others towards the widest range of people living with HIV.

I’m proud to stand alongside so many others that do just that and as a result to make a difference to the lives of people in the HIV community that I value and belong to.