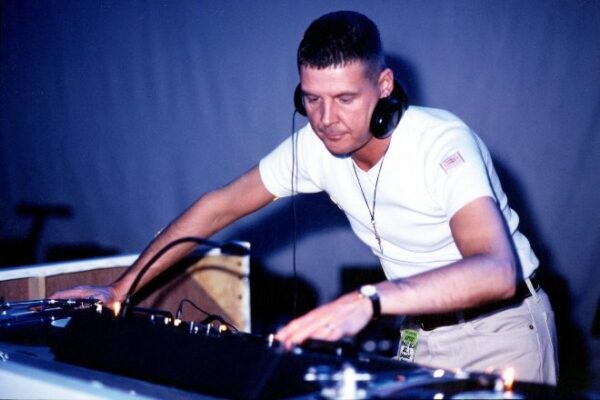 Tony De Vit sadly passed away in 1998, as a result of bronchial failure, associated with his previous AIDS diagnosis. Twenty-four years later, he has been honoured with a blue plaque in Birmingham, making him the first UK DJ to receive such an honour.

On September 24, during Birmingham Pride weekend, an unveiling ceremony was held at the site of the Custard Factory recording studios, where the artist produced and remixed more than 100 tracks between 1994 and 1998.

Tony was an English DJ and music producer who is considered to be a pioneer of the UK’s hard house scene, credited with helping to take the sounds out of London and Birmingham’s gay scene, and into mainstream clubs.

He began DJing at the age of 17 as a wedding DJ. Then, in his early twenties, he began his first residency at the Nightingale in Birmingham, where he played pop and Hi-NRG on Monday nights, which would often be followed by having to sweep floors and empty ashtrays after the club had closed.

In the late 1980s, Tony landed a DJ spot at London’s gay ‘superclub’ Heaven, rapidly establishing his reputation. During his career, he frequently played at parties held by the promoter Trade, and he also released a number of tracks via their associated record label.

Jez Collins of Birmingham Music Archives, said that he was “so delighted that a historic institution like the Birmingham Civic Society is recognising the contribution that Tony de Vit has made: not only to Birmingham’s dance and music culture, but also the influence he’s had on a generation of DJs, clubbers, promoters and audiences”.