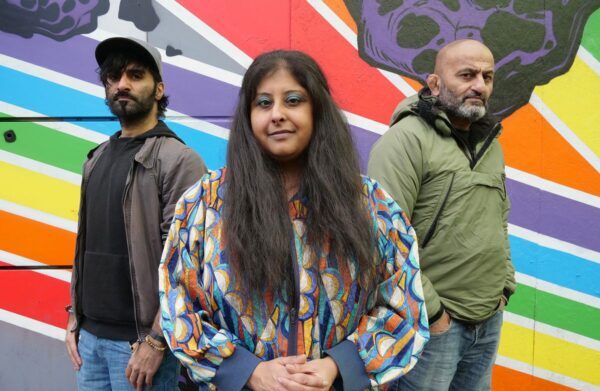 Birmingham protest group Brum Against Hate is calling on faith, civic and community leaders in the city to stand with the LGBTQ+ community and take a stand against homophobia amid rising levels of hate crime against the community in the city.

The group was founded last year by Saima Razzaq, Salman Mirza and Adam Yosef in protest against the rising number of hate crimes against the LGBTQ+ community in Birmingham’s Gay Village. The founders of the group – all of whom are from Muslim backgrounds – are creating a pledge which they plan to present to councillors, MPs, community leaders and faith leaders in the area with the aim to shift the narrative around homosexuality from tolerance to acceptance by speaking about LGBTQ+ issues. The group has also called on Birmingham City Council to help facilitate this dialogue between the communities.

Saima Razzaq, 37, a lesbian and practicing Muslim, has asked the city council to invite Brum Against Hate to their meetings with city faith leaders to talk about the LGBTQ+ community.

“We need a strategy that’s going to leave a legacy,” she said. “At the moment we’re just reacting to attacks rather than trying to prevent them. I want to see strategic change, but from my perspective the high-level strategy isn’t there.

“The council needs to be inviting us into faith meetings so we can work together to tackle hate – because it’s through conversation that we’re going to create lasting change. We’re all human, and at the end of the day we all have to live in this city – we can’t be attacking each other.”

Adam Yosef, 41, a queer, pansexual Muslim, added: “We need organisations to come out and say ‘we accept you’. If anything, you’d think the LGBTQ+ and Muslim communities would be natural allies – both are minority groups with protected characteristics – but they are not.

“We want to be a collective that holds power to account and gets organisations to come together and pledge to be anti-homophobic. We want Birmingham to be the first city in the UK to create strong partnerships between faith organisations and the LGBTQ+ community.”

“For me personally,” adds Salman Mirza, who organised the solidarity protest against homophobia in October 2021, “if the faith leaders aren’t coming out to stand with the gay community and challenging homophobes in their mosques then I can’t see things changing. All faith groups need to realise it’s not enough to look at violence and say it’s unacceptable – people need to speak out, be proactive and say this needs to stop.”

Brum Against Hate is currently working on their pledge for faith, civic and community leaders, which they want to take to city leaders to tackle homophobia. The group hopes to launch this pledge at an LGBTQ+ led conference before Birmingham Pride 2023, which will take place in May.