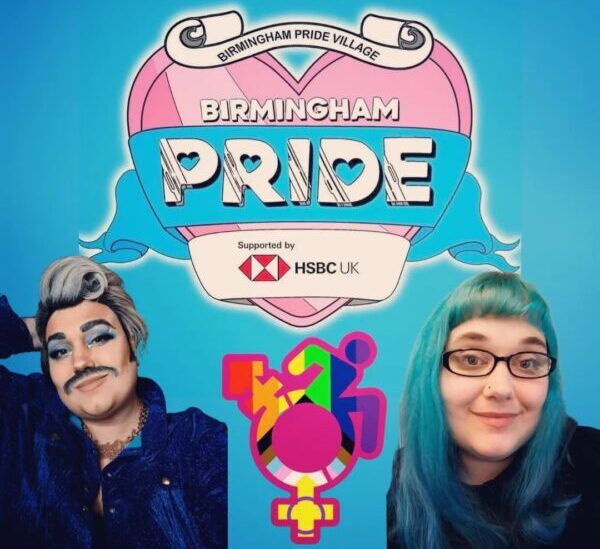 Birmingham-based activist Emma – who will be known by many in the community as the drag king Crip Ladywood – has joined the Birmingham Pride team as their access lead. In a post on social media Emma said: “I’m really honoured to work with such a diverse and joy-filled organisation, and I’m going to build on my predecessors excellent work to keep making Pride something accessible to as many of us all as possible.”

Emma is a host and performer, who as their drag persona Crip Ladywood was a runner-up in Church Yshee, Birmingham regional Drag Idol and the DQaH contest in 2022. Their drag performances often feature a political message, in particular exploring disability and the DWP, and they performed alongside their drag collective – House of Quip – for Birmingham Pride community event in 2022.

They have also been part of the steering group for Fatt Projects’ MOBILISE, which led the 2022 Birmingham Pride parade with a protest dance procession. In their work for Fatt Projects, Emma is described as “a seasoned campaigner and activist fighting for our liberation, but with a specific focus on disabled people’s liberation.”

“They have chained their wheelchair across busy streets with DPAC, arranged protests, and helped formulate reports for the UN. As a proud fat, ageing, genderqueer bisexual drag performer, they work to increase the visibility of disabled members of the LGBTIQ+ community.”

“We need more accessible queer social environments,” Emma tells Fatt Projects, “and I want to do my part to make that a reality.”