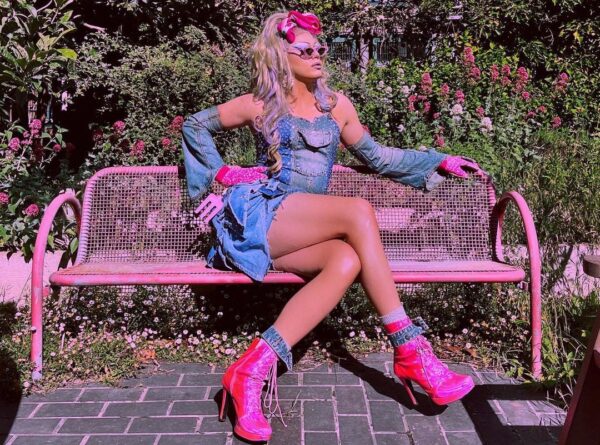 Tom Leonard is a 25-year-old botanical student based in Birmingham, fresh from completing a year’s course at Birmingham Botanical Gardens. However, they are better known to their 19,000 Instagram followers as Daisy Desire – the Drag Queen Gardener.

During Pride Month, Daisy Desire made Gardeners’ World history as she became the first drag queen to appear on the iconic BBC 2 show, which was broadcast live from the annual Gardeners’ World Live event in Birmingham.

Ahead of the broadcast, Daisy shared the news with her Instagram followers, writing: “I am truly proud to finally announce that tonight I will be making my television debut on Gardeners’ World, but also making history as the first drag queen to be featured on the show. It truly has been an honour to be welcomed into Britain’s favourite gardening television show.

“I hope sharing my story both as a horticulturist and as a drag queen breaking into an industry that has never seen it before will help others going through familiar situations, but also open the doors for fellow LGBTQ+ members to break through.”

In another Instagram post, Tom added, “It’s been roughly a year ago that I strutted into a flower show as Daisy, I was terrified because the horticultural world isn’t exactly known for celebrating the openly queer community. Which is exactly why I refused to bow my head, instead I smiled and showed the gardening scene what a glamorous horticulturist really looks like.”

For more from Daisy Desire, follow the Drag Queen Gardener on Instagram and watch the episode on BBC iPlayer.