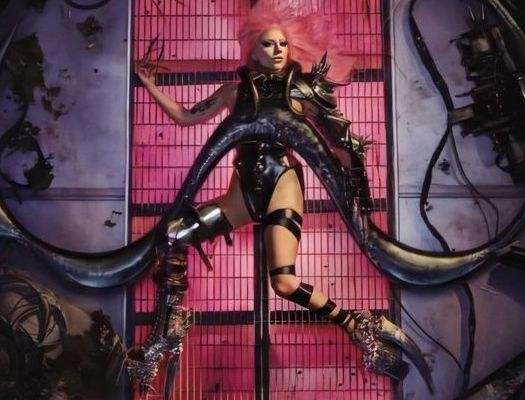 Lady Gaga dropped Chromatica in 2020 right on the cusp of the pandemic. America then went into meltdown after the killing of George Floyd and the mad conclusion of the Trump presidency. The high camp retro pop of Chromatica didn’t quite fit in with the social unrest of the time.

The album summoned us to dance floors that were closed and pride parties that were cancelled. Nonetheless, Lady Gaga was called upon to heal the wounds musically, belting out the national anthem at Biden’s inauguration like the megastar that she is.

When G-A-Y finally reopened in London, the first song they played was Rain On Me. No other pop artist has made music that connects so directly with LGBT+ audiences since Madonna in her heyday. Boy George said that Madonna is a gay man in a woman’s body. The same could be said of Gaga.

When Gaga should have been unleashing her Chromatica Ball on the world, she was isolating in her mansion and promoting a range of Chromatica Oreo cookies. She managed to do one live performance from Chromatica at the MTV Awards with Ariana Grande. That aside, Gaga stans were disappointed that the Chromatica era had to be cancelled. It had the potential to be her best era yet, especially as straight people didn’t quite get it.

Chromatica is set to have a second outing, however. The remix album has become very popular and makes perfect sense in the age of streaming. Dua Lipa’s Club Future Nostalgia being a prime example. Chromatica is currently getting its own remix treatment. You’re highly likely to be dancing to the original Chromatica tracks and the remix version for many years to come in the gay clubs of the world.

When is Lady Gaga’s Chromatica remix album coming out?

We don’t know yet but the producer BloodPop has confirmed that it is happening. When asked to spill some tea about it on Twitter, he said “It’s Insanely good hopefully soon.” Dorian Electra is confirmed as a collaborator. Rina Sawayama and Charli XCX are strongly rumoured to be involved.

Bree Runway also confirmed her involvement by Tweeting “yup yup it’s breeee runway on lady Gaga’s chromatica remix album PUTRRRRRRRRRR DNJDJDJDDJ”. So make of that what you will!

With Rina Sawayama and Charli XCX’s involvement, the album is likely to have a Hyperpop twist. Let’s hope the Chromatica remix album helps to usher in a proper Chromatica era.

But most all, as we were going to press Gaga herself Tweeted this:

In the meantime, Gaga has been quite busy, releasing a Pride edition of the Born This Way album, starring in the House Of Gucci, and making a new album of standards with Tony Bennett. Gaga wears many hats – literally and metaphorically – but the Gaga the the gays love most will always be the one who fills the dance floors.