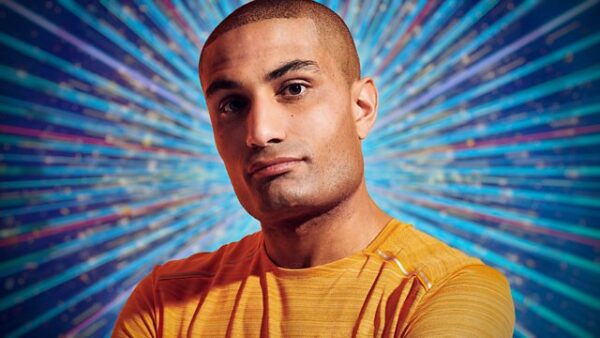 Richie Anderson, a radio and TV personality, has been announced as the third celebrity dancer added to the hit BBC show, Strictly Come Dancing. A star from BBC Radio 2, Richie will be well known to fans of BBC WM as well, having presented his own shows on the station when he started his career in August 2015.

Anderson also occasionally reports on various topics for BBC One’s The One Show, and has even featured as a guest reviewer on the extra show – Strictly Come Dancing: It Takes Two.

In 2018, Richie came out as gay to his football teammates after a match, as part of a film for The One Show, highlighting the pressures of homophobia in the sport.

Following in the footsteps of John Waite, who last year made it to the final with his partner Johannes Radebe, Richie will be paired with a male partner.

“This is a dream come true!,” explains Richie, “I cannot wait to get in those sparkles and sequins and shimmy across the most famous dance floor in the world! Strictly is the ultimate feel-good show, as soon as I hear that iconic theme tune it’s just pure escapism.

“I’m going to have to cancel my legendary Strictly launch night kitchen party that I throw every year, I’m sure my friends and family will understand. It’s also a massive honour to be part of an all-male dance partnership, it’s so important we have that inclusion on such a huge show.”

Richie added: “I don’t know anything at the moment, but I can confirm that I will be doing the all-male partnership, which is just so amazing.”