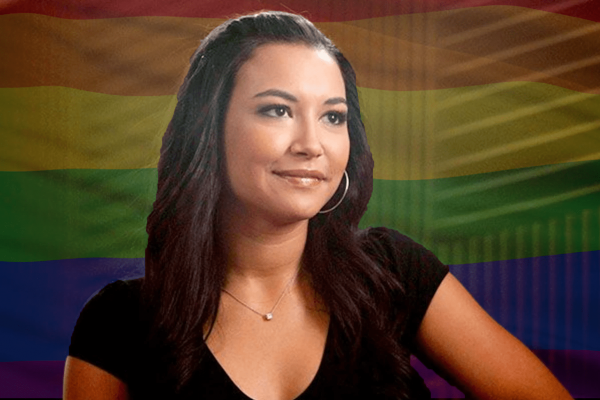 Best known for her role as outspoken and plucky cheerleader in popular US show Glee, Naya Rivera’s body was found several days ago after she drowned in Lake Piru, apparently using the last of the strength to save her four-year-old son, who was found alive and well. Her death was ruled an accident, but nevertheless it has impacted many. As tributes poured in for Rivera, the LGBTQ+ community have been particularly vocal in expressing their gratitude to her and for the role she played in improving gay representation in the media.

The character she played, Santana Lopez, openly declared herself a lesbian, and the show journaled her experiences as a young gay woman, exploring the sometimes harsh reality of openly being in a same-sex relationship in a school environment, and coming out to prejudiced family members. Although Santana’s feisty attitude meant she was no stranger to scraps with fellow students, she found love with fellow cheerleader Brittany and the two married in the final season of the show. Not only did this interracial gay couple bring minority lesbian voices into the spotlight, but Santana became a reminder to many young people struggling with their identity that it was possible to overcome adversity.

Although Naya herself was not gay, she was an LGBTQ+ ally and spoke to The Hollywood Reporter in 2012 about how proud she was to play Santana as she realised how important the character was to young gay women. Since her death, many have spoken out about how her character in Glee provided them with the representation they needed to give them the confidence to embrace their sexuality, with a gay woman stating in a recent BBC interview that Santana proved to her it was ‘okay to be myself’. Although Naya Rivera will be missed, the impact she had in increasing LGBTQ+ visibility in the media will not be forgotten.