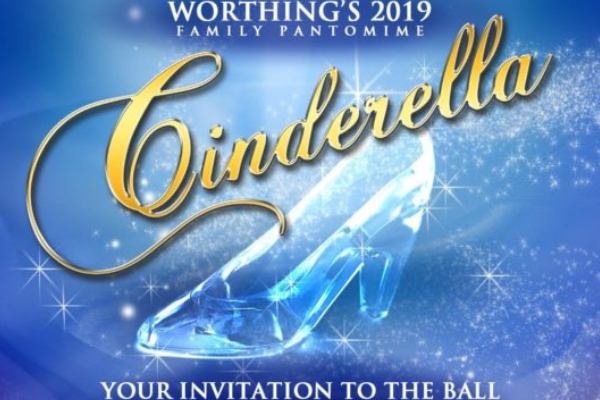 Brian Butler previews what is claimed to be Sussex’s biggest panto – Cinderella at the Pavilion Theatre, Worthing.

Worthing Theatres have assembled a starry cast for their latest pantomime, which opens for a season in late November.

The cast will also be joined on stage by two teams of talented local children , chooses by open audition . Produced by Paul Holman Associates, the show continues the record-breaking partnership with the theatre.

Paul Holman said : Cinderella is known as the bst-loved pantomime of them all. Audiences can expect jaw-dropping special effects, sensational costumes and scenery , mischief and mayhem”.

Audiences will get the chance to meet cast members and pose for pictures during the theatre’s Golden Week from 30 November to 6 December.

The full panto run is from 29 November to 5 January.