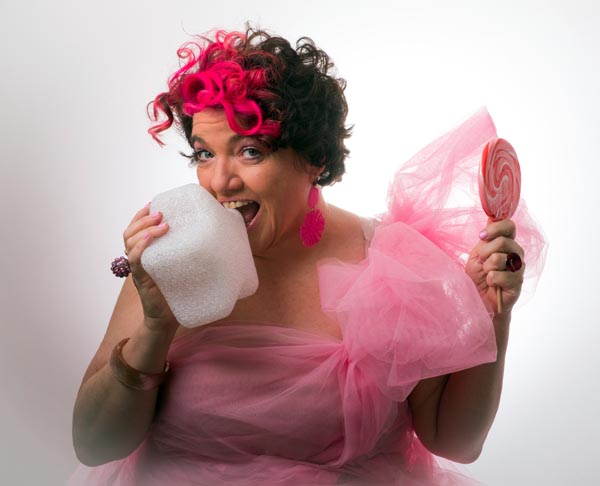 When your spoonful of sugar gives you diabetes and Brexit hits you hard, have a laugh.

Daphna Baram’s sixth solo show finds this middle eastern Mary Poppins breathless, with good reasons. Just as she came to terms with her chubby wonderfulness she is told to lose weight or lose her toes. And just as she finally gets that coveted red passport, her new country folk vote out of Europe. Will she ever get anywhere on time?

Daphna Baram, says: “Sugarcoating is a show about bodies, politics and body politics, From Theresa May’s sense of Dress and Trump’s fiddly fingers to Palestinian freedom fighter Ahed Tamimi’s blond curls, and the acceptance that with your physical life, as with world affairs, the distinction between what just happens and what you can change is hard, random, and often fickle. Sometimes all you can do is sprinkle some sweet stuff on top and hope for the best.”

Jerusalem born London-based comedian Daphna Baram was a human rights lawyer, a journalist and editor, an academic and a literary translator before a chain of events involving two weddings, Chris Morris and a heart attack launched her into stand-up in 2010. She performed extensively in the UK and Europe.

♦♦♦♦ “Not only wonderful and hilarious …it is hard to find a fault in Baram’s performance”…. Broadway Baby

♦♦♦♦ “Illuminating and poignant take on tough subjects”….. The List