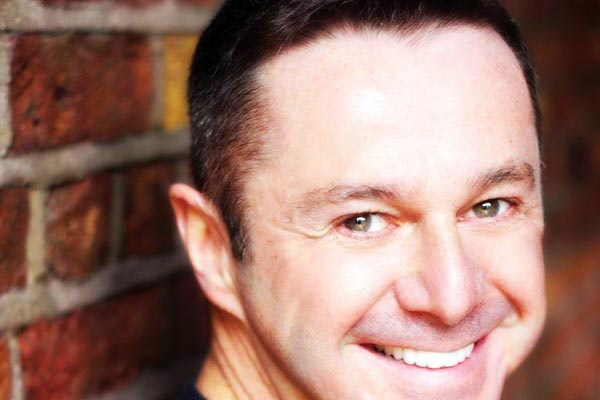 Brighton-based Stephen Mear has established himself internationally as the go-to choreographer for big classy stage musicals. Fresh from his triumph with Chess in the West End, he talks to Brian Butler about dyslexia, Strictly, and working with Stephen Sondheim.

AT THE age of three, Stephen started running in and out of his mother’s dance class, so she decided to teach him. The rest is the story of a phenomenal career as a dancer, choreographer and director, picking up two Olivier Awards and many other accolades along the way, and a career that has seen his work many times in the West End, in Paris and on Broadway.

Stephen was lucky enough to appear as a dancer in two West End shows while still a student at London Studio Centre: the sixth year of Evita and the original cast of 42nd Street, something that students wouldn’t be allowed to do today.

After college it was straight back to the West End and Cats, playing a swing dancer, then Mungojerrie, and finally Mr Mistoffelees. “At college I knew ballet was my weakness so I took 14 lessons a week. Without that I wouldn’t have been able to do Mr Mistoffelees.”

Stephen admits that he is badly dyslexic: “It wasn’t identified till I was 16 but dancing was something I could do.”

His dancing career included eight West End shows. As his dancing days were drawing to a close, he started assisting. His first big job was the UK tour of Soul Train starring Sheila Ferguson.
“That got me noticed, though it was only in the West End for six weeks.”

Stephen usually works with a music arranger, which is quite unusual in the UK. “Some composers won’t let you change their orchestrations, but many will. The musical director has to be on board for it – it has to be a collaboration.”

Having new arrangements allows Stephen full scope for his inventiveness and creativity outside the confines of what might have been originally conceived for the show.

He has worked with many of the most brilliant directors and performers in a career spanning over 30 years, including twice with Stephen Sondheim on Follies and Gypsy. “Steve gives notes every now and then, but he has no ego – his whole aim is to make the show better.”

The Mear philosophy is that dance should move the story and the characters forward: “I don’t believe in dance for dance’s sake.”

When Trevor Nunn decided to use some of the same actors in two shows, Shakespeare’s Love’s Labour’s Lost and the musical Anything Goes at the National Theatre, Stephen encountered actors who were convinced they couldn’t dance. “So I put some dance moves into the actors’ warm-ups and suddenly they realised they could dance. As long as they know you won’t make them look stupid, they grow into it.”

His preparation for a new show is to take some of his routines to stage schools and colleges and try them out on the students. It also allows him to spot emerging talent and he’s always keen to use new performers.

Stephen believes today’s musical theatre benefits from what he calls “the triple threat” – young performers who excel at singing, acting and dancing. “Producers are keen to cut costs and tend to go for all-round performers. I think we’re at the peak of that now – it’s harder now if all you can do is dance.”

Stephen has moved into directing and would like to do more: “But only if I know the show backwards.”

On his to-do list are Kiss of the Spiderwoman, Grand Hotel and Mame, but his next projects are a concert version of Guys & Dolls and a production of White Christmas in Leicester.

He sees a positive benefit from the huge success of BBC’s Strictly Come Dancing. “It’s not thought to be bad now for boys to be dancers. It’s great to see people learn a craft and get better every week. It’s encouraged people to take up dancing or even just exercise.”

His partner, choreographer Mark Smith, has been deaf since childhood, and now teaches dance at all the major stage schools. Stephen incorporated sign language into a recent production of Mary Poppins. Mark is currently choreographing a UK tour of an all-male Iolanthe which is at Brighton’s Theatre Royal from June 19-23.

Stephen worked for nine years in Chichester, “It was very important to me,” and he worries about the future of theatre outside London. “People used to learn their craft at regional rep theatres. It breaks my heart they don’t get the funding they deserve.

“I love doing classy theatre and I’m optimistic about the future of dance. The talent coming out of stage schools is so much better than I ever was. It’s why I like my connections with colleges – working with all that future talent.”

And how was his latest venture, the long overdue revival of Chess?  “It’s out of this world – 46 people on stage and a 50-piece orchestra – it’s spine tingling.”