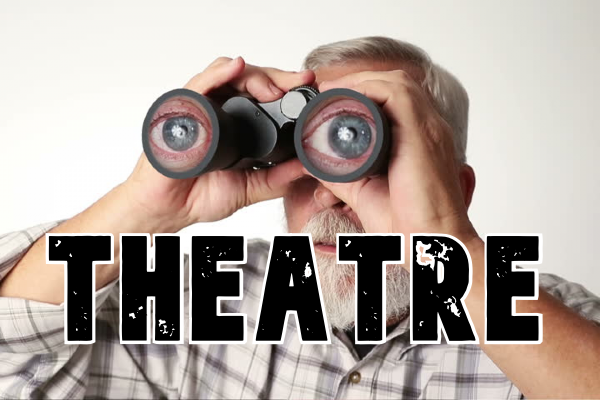 As we hold our breath to see what the Government reveals on 22 February about future easing of lockdown, there’s some tangible hope of getting a theatre fix in Brighton and Hove in the coming months.

Brighton Fringe, England’s largest open-access festival , announced this week that its normal May opening has been delayed until 28 th of that month and the season is slated to run until 27 June, with booking opening in April. No programme details have been announced but the Fringe organisers said: “ We have decided to push back the dates for the safety of our audience, participants and venues .”

While I think it’s fantastic news that planning is going ahead full steam, there have to be issues about the smallness of many Fringe venues and the huge question over social distancing requirements , which last November /December allowed some larger  West End venues to open, but only with generous spacing-out of occupied seats.

But let’s be hopeful and praise the Fringe’s ingenuity – opening as it did in October with outdoor venues. Maybe an early burst of summer weather would help !

Meanwhile Chichester Festival Theatre is offering streaming in February and March of some events it recorded in front of live audiences last autumn. BBC Radio’s Edward Seckerson will quiz a galaxy of West End musical theatre stars about their lives , illustrated with recordings of their performances .

In March there’s the chance to see a glittering celebration of the works of Stephen Sondheim, to coincide with his 91 st birthday on March 22. It features Chichester’s artistic director  and Sondheim star performer Daniel Evans, plus Gabrielle Brooks, Clive Rowe, Jenna Russell and Hannah Waddingham. The show will be available 22-25 March

For tickets go to cft.org.uk

And finally there’s a great opportunity for burgeoning playwrights in our area, offered by Hampstead  Theatre. Ten lucky people will get an 8-week online course with Mike Bartlett , whose credits include Dr Foster, Charles III and the brilliant  queer play Cock, which was revived in 2018  at Chichester and reviewed in Scene.

The course is aimed at people who have previously had a studio production presented  and now want to move up to write for bigger spaces. Participants will be  paid £1000 and get 1 to 1 mentoring with Mike Bartlett and the course culminates in a group-written play.

Applications closing date is 22 February , so dust off your manuscripts.