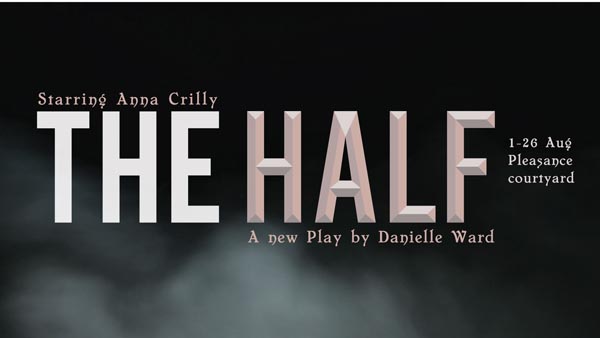 It’s 30 minutes to curtain up on a charity show at the London Palladium, and the long-separated female comedy duo Anderson and West meet for the first time in 10 years, we are led to believe.

AND OVER double the length of the Half – for the next 60 minutes – we laugh and squirm with embarrassment as they re-live their career highs and lows, incessantly bitching to score points at the other’s expense.

Margaret Cabourn-Smith enters in a wheelchair – she’s been getting into her part for 3  days – all for a 10 minute scene from Whatever Happened to Baby Jane, which the duo are programmed to perform on the charity variety bill.

With more than a hint of the sharpness of French and Saunders about it, the play recounts their original meeting, their flat sharing and their eventual break-up with pace and pathos.

Anna Crilly as the other half of the duo is as piercingly bitter as her partner, but single mum Mel always seems the weaker link, gin-downing, pill popping neurotic, reduced to parts in Vanish carpet shampoo ads.

We learn she has nearly killed her son when she drunkenly sets fire to her flat, leaving him hiding in a wardrobe and sustaining 70 per cent burns.

Cath, her partner, on the other hand is a huge if rather tawdry sit com star in Los Angeles, and her affected poshness has more than a touch of Bird of Feather Doreen about her.

But it’s far more than an hour of bitchiness by two luvvies.

The script, by Danielle Ward, explores ageing, fame, sexual predation by male actors, and even the tragi-comic death of a mouse.

And the last 10 minutes, when we discover we haven’t been watching what we thought we’d been watching is brilliantly handled and leaves a lump in the throat as the curtain comes tragically down.

The Half, by Fabric Productions, runs throughout August at the Pleasance, Edinburgh.