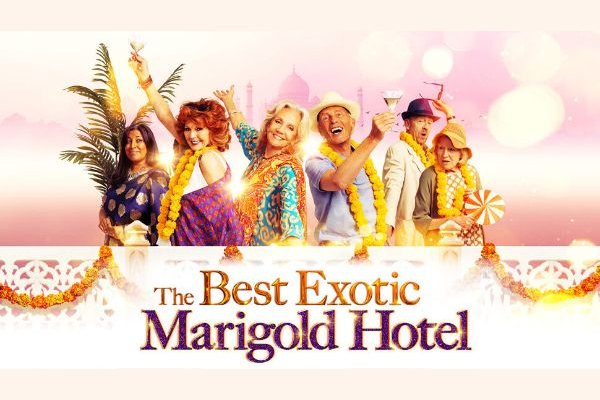 Adapted by writer Deborah Moggach from her bestselling 2004 novel These Foolish Things, which inspired the famous film and keeping the gentle warmth of both, this is the opening of this new play before it heads to the West End. The narrative is unchanged, and follows a group of British retirees who all leave Britain feeling they have nothing left to keep  them there, and set out to establish a  new life in India at an opulent and exotic retirement Hotel, although when they get there, it’s not quite as opulent as advertised. The play then explores the different ways that Indian culture changes and alters the views and experiences of the older residents and how their need to change impacts on the owners of the hotel and the local community.   It’s sweet and full of gentle barbed laughs, some pretty close to home for a silver haired theatre royal audience I imagine. But the humour is done with charm and delivered with grace by this experienced cast. With some slight modernisation of the plot to reflect our internet connected world the characters rub against each other in their daily routines, learning more about each other and having their assumptions and bias challenged.

For a long show, it felt that a lot was compressed into the second half, with plot lines whizzing past and denouements being handed out every two mins. With such a large cast, and the main narrative being about accepting change and moving on there’s a need to leave a satisfying feeling of completion with an audience most of whom had some familiarity with the film or book. The first half felt drawn out, the second far too hurried, this pacing doesn’t help. The gorgeous set kept my attention for the long first half as the set ups continued, and although all interesting enough, there’s little real action to grab you.

The set really is superb, evocative, substantial and works without being moved, Colin Richmond who also worked on the costumes getting the shabby down-at-heal former comfort just right and allowing the magic of the place to flow, impressive lighting design by Oli Fenwick moves us across day and night, warm evenings, and busy streets with soundscapes from Mic Pool. Composer Kuljit Bhamra shares authentic tabla musical reflections to support and underline the emotional impacts of the plot.

The ensemble cast is lovely, warm, and engaging and the audience certainly enjoyed the range of talent on stage, the contrasts between the vintage cast and younger members brought out in sweet inter-generational ways which managed to highlight the benefits of both youthful energy and the wisdom sometimes garnered by age.  However, this collaboration of talent somehow fails to be bigger than the sum of its parts.

For all its charm, and it oozes soft faded focus charm, radiates it…. it’s all a bit ‘Daily Mail Brits abroad meet insipid Indian stereotypes.’ There are some uncomfortable wafts of ‘white saviour’ syndrome in this script and none of it is readily dealt with, jarring lamenting of colonial times contrasting with a caste system that none of the protagonists goes out of their way to understand.  Most of the original discriminatory dialogue has been changed and there’s some new additions showing more acceptance of LGBTQ lives, one of the biggest laughs of the night came from a character lamenting she was never a lesbian and it ‘was too late now’, slightly tempering the deeply unpleasant homophobia left in the first act used to establish the working class credentials of one of the older male characters. Choices…..

A pleasant enough evening at the theatre with a stella cast and the most charming atmospheric set, but it fails to engage and is somehow lacking the heart of the film.