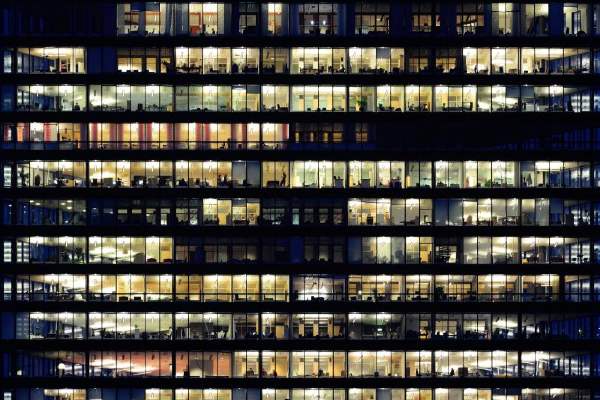 Unchain Me is inspired by Dostoyevsky’s novel, The Possessed, in which a provincial town descends into chaos as it becomes the focal point of an attempted uprising orchestrated by a shadowy conspirator, who disappears as soon as the seeds of revolution are sown.

Kitted out with tablets strung round our necks, we wait, hobbled with a clunky interface and a GPS which doesn’t work, the tech is woefully underused and with all the talk of direct democracy, there is a missed opportunity to see it in action via voting on our tabs. We move from attic to back room, disused space to impressive museam storerooms, filled with history and dusty stuffed birds and all the while we are told personal stories of struggle, against poverty, crime, the unfairness of a system rigged against you, people making choices, for good, to fight, it feels like an experience in radicalisation Disney style but there’s little engagement with the members of my group/cell.  The actors implore us to believe them, to trust them, but offer up little when challenged to do so outside of the rigid narrative that is the engine of the piece.

From a heart-breaking story of family tragedy and the twisted products of our prisons systems we end up in a room with an Elizbeth Fry mural, ah I think, prison reform, but no it’s not even referenced, a choir sings in a back room, actors have urgent conversations about trusting us – as we look like a pretty inoffensive group of Canadian ramblers – it’s not a big ask, but we get bundled off again.  Asking folk to navigate the South Lanes with a GPS which doesn’t work is pretty daft, but the actors shepherd us along anyway, making the maps redundant.

It’s a pretty passive experience, low on detail and the ability to probe, we watch someone kidnapped and menaced, mostly complicit in their harm, we meet a bloke in a pub, we listen to radicalised young people talk of lost childhoods and a system which crushes them, we look around and admire the baroque and rococo back rooms we find ourselves in. We stay silent.

This is billed as a site response immersive experience and if you’re not familiar with Brighton then I imagine this will bring an extra sense of peeking behind the scenes, of secret connections and layers of history, of being smuggled around the city in the fabric of its grand buildings.  A feeling of paranoia is generated, everyone is watching everyone, who can really be trusted, although this can be easily misinterpreted. Panoptic can segue to pervy with a wink. The fit bloke, in the very tight jeans and a chequered shirt outside the Theatre royal wasn’t cruising me after all, although he might want to reconsider that level of intense unbreaking eye contact on a Brighton street in the evening…

We end up in a swanky reception, all the groups gather  who have had different but similar experiences are there, we are there to meet the Governess, a neo liberal politician sitting atop a pile of privilege and money, her family having owned this city for 400 years.  Fictional, but very real in other places, a few Dukes in the UK spring to mind…. She talks about the good things’ wealth has brought to us, good citizens of Brighton, a trickle-down economy, and is aggressively questioned by the younger people in the groups, our contacts, our unreliable narrators. They raise ugly question of homelessness, poverty, lack of investment, crony capitalist, rentier exploitation and scour her responses by pointing out the fabric of the city is founded in exploitation, slavery, misery and the purchase and sale of human lives.  Dostoevsky said ‘What would life be if we had no courage to attempt anything? Taking a new step, uttering a new word, is what people fear most.’

Here is feels  like something might happen, real change posited, some real action, in this glossy room with the Neo Liberal Fiona Bruce and her peach satin two-piece and bolero jacket, perfect hair and professional smile, soothing us with lies we feel the angry call of change from a stolen generation, the tension mounts, we are asked our views, virtually none in the audience respond, just silent, dumb voyeurs of our fate…. Then we’re treated to a Dynasty style sibling face off, ending in tragedy and a distinct lack of dénouement. (Devenir gris)

As we are ushered out once again, in small groups, through different doors, we gather in a room of screens, many people; agents of the state telling the exact same story. A line of talking heads give us narratives of how families, people and children are failed by the institutions means to save them; health care, education, social housing, justice. Hurt people hurt people. Maps on the walls show countries ripped apart by civil war and internecine conflicts.

Is this it? We leave. In our own groups once again. Grasping for some kind of meaning in a fractured narrative, struggling to underneath this layer of lies and the worship of lies.  I’m unimpressed.

As Dostoevsky wrote ‘But I always liked side-paths, little dark back-alleys behind the main road- there one finds adventures and surprises, and precious metal in the dirt.’, for some that’s enough, the journey is all and with UnchainMe dreamthinkspeak provide us with a distracting journey through the city, giving us glimpses into lives and meaning, passions and privilege, providing uncomfortable questions about what our own comfortable living situations are based on, but no recommendations for how to change or ideas for personal agency and very, very little action. As I wandered off into the night I reflected perhaps that was the point, to make us see how our inaction, or feeling of powerlessness allows those with agency to exploit us.  Unchain Me succeed in that, mission accomplished.

For more info or to try and book tickets see the festivals website here: