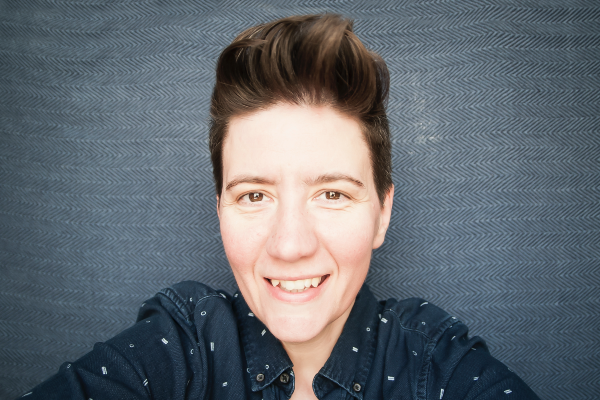 Hannah Brackenbury sings silly songs by the seashore! Graham Robson caught up with ‘Brighton’s answer to Victoria Wood’ to talk lockdown, plinky-plonky music and plans for when this is all over.

Tell us a bit about yourself…

I’m a musical comedy performer based in Brighton. I was due to be touring the UK this year with my Victoria Wood tribute show, Victorious, but everything is currently on hold due to COVID-19, with most tour dates likely to be moved to 2021 instead.

What have you been up to?

The first few weeks were really stressful, worrying about how I was going to get by financially with all my gigs and other paid work being cancelled. But I sat down at looked at the other skills I have, began to put some ideas out on social media and plan online gigs. I did a couple of Buskathon shows where I performed live on Facebook, people sent in song requests and were incredibly generous with donations during the shows. We played silly games, gave away some prizes, and were able to give a percentage of what we made to MindOut and the Martlets Hospice too which was really lovely.

I also brought back my Brighton Fringe show from 2019, All Things Brighton Beautiful, and sold virtual tickets to guests who logged on via Zoom. I was also asked to help somebody propose to their partner by writing a personalised song which I performed live online! That was a really wonderful experience! I’m now taking a bit of time out from online shows to concentrate on writing and recording some new material.

Has the pandemic affected your creative output?

Obviously not being able to perform live has been the biggest impact. I’ve felt restricted with rehearsing at home too as I live in a first floor flat and have neighbours above and below who would usually be out at work all day, so I’ve been very wary of not disturbing them too much with my silly songs!

Have you managed to watch much online?

I’ve logged on to a few live comedy events, including Bent Double from Komedia which was great, and have been involved in some of the Funny Girls and Funny Women online shows. My girlfriend and I have been watching a lot of Netflix too which was not something I probably would have done before lockdown! But we’ve found some real gems, including Parks & Recreation, The Good Place and Crazy Ex-Girlfriend, which I’m now absolutely obsessed with! If you love clever comedy, great characters and absolutely genius musical comedy then you can’t go wrong with that show. It’s absolutely brilliant, and Rachel Bloom is definitely my new songwriting hero!

I really miss performing live. Doing online gigs has been fun but I have found it quite stressful, having the extra worry of technology, sound quality and internet connections letting you down during a show. Also not be able to connect with your audience face to face is really difficult too, especially when it comes to comedy because you rely so heavily on the energy in the room to enhance your performance.

I’m really worried about the future of some of our local venues too. So many of them are putting out crowdfunding requests and are relying on donations to keep operating. It will be so sad to lose them, and I would love to see the government offer some help soon otherwise things may start to look very bleak for the live entertainment industry, not just locally but worldwide.

Do you think the pandemic is disproportionately affecting the LGBTQ+ community?

Obviously, the cancellation of the official Pride celebrations is going to be a huge loss to the city this year. But my hope is that people will still get together in smaller groups (if they are able to do so safely of course) and although the celebrations might be much more low key it will actually give people an opportunity to reflect on what Pride really means, rather than the enormous commercial party it has become in recent years.

What are your plans for when this is all over? Anything on the horizon?

To get back out there performing as soon as I safely can! I think it’s likely to be next year before my tour gets going again but, in the meantime, I’m hoping to write and record a new album of songs which might form the basis of a new Fringe show next year – I’m not sure yet! Watch this space!