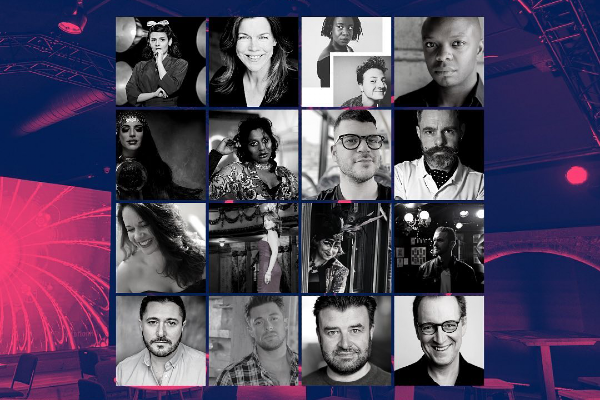 It’s looking like a good end to 2020 in terms of London theatre offerings . Express G and S , by Charles Court Opera , presents all the classic Gilbert and Sullivan comic operas in a breathtaking 75-minute show. It will be part of the re-opening season at the Pleasance Theatre in North London from 17 to 22 November .

Its creators say it is inspired by the Reduced Shakespeare Company’s hilarious romp through the complete works of the Bard. It’s devised by John Savournin and  David Eaton . Its London run will be followed by a short run at The Maltings Theatre.

Olivier-award winners Showstopper! The Improvised Musical take up a 4-month residence at the Garrick Theatre on 6 Mondays from 16 November, following a highly successful run of shows on live-streaming during lockdown. I reviewed them  recently for Gscene and they are not to be missed.

Hampstead Theatre re-opens with Alice Hamilton’s 60th anniversary production of Harold Pinter’s The Dumb Waiter. It runs from 18 November to 19 December. The theatre boasts an air filtration system that changes the air in auditorium and foyer every 4 minutes 45 seconds ! A play about two men locked in isolation couldn’t be more topical.

Potted Panto will present 7 different pantomimes in the space of 70 minutes , again at the Garrick Theatre, from 5 December to 10 January . Written by Daniel Clarkson, Jefferson Turner and Richard Hurst, ticket info is at Nica theatres.com

Les Miserables- The Staged Concert has been announced by Cameron Macintosh to run for 6 weeks at the Sondheim Theatre from 5 December to 17 January, coinciding with the full stage show’s 35 th anniversary on Shaftesbury Avenue.

It will star Michael Ball, Alfie Boe, Carrie Hope-Fletcher and Matt Lucas. It boasts 50 actors and musicians – all socially distanced.

Above the Stag in Vauxhall has unveiled an ambitious a season of intimate cabarets in its studio space , starting this week and curated by Tim McArthur. It starts with Tim in his big fat musical quiz this Thursday 15 October. In the first week it will also feature Judy and I – a Night with Lucy Penrose, 5 o’clock with Janie Dee, the Olivier-award winner in conversation with Tim, Funny Valentine with Christian Andrews – described as a young David Cameron lookalike and Florence Odomosu – billed as a “ belligerent teenage lesbian “- sounds fun !

More info at above thestag.org.uk

There’ll be more about Tim MacArrthur shortly – watch out for it in Gscene .

Here Come The Boys features the hottest male superstars of dance with Strictly stars Aljaz Skorjanec, Pasha Kovalev, Graziano di Prima and Robin Windsor with Karim Zeroual. It will run for 16 weeks at the Garrick from 27 January.

They all met through the Laughing Horse Comedy Classes, taught by comedian Jay Sodagar, who reckons they will all be stars of the future. They’ve played one weekend already in the Fringe and return to the Caxton Arms from Friday 16 October to Sunday 19th.