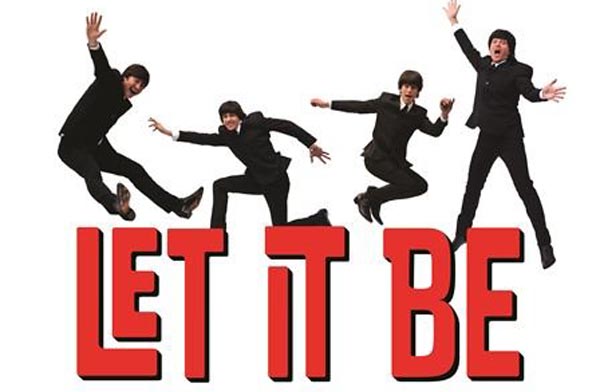 LET IT BE returns to the Garrick Theatre on February 28, 2015, celebrating its third year in the West End.

LET IT BE, the international hit show celebrating the music of The Beatles, will return to London’s West End in February, followed by a second national tour starting October, opening in Manchester and visiting over 30 cities including Liverpool, Edinburgh, Bristol, Milton Keynes & Southampton.

After a record-breaking summer season in the West End, LET IT BE will return to the Garrick Theatre on, February 28, 2015 where it will play for a limited season until September 27, 2015 before hitting the road to tour the length and breadth of the UK.

LET IT BE established itself as one of the West End’s most popular shows when the production originally opened at the Prince of Wales Theatre in September 2012, before transferring for a year-long run at the Savoy Theatre from January 2013 – February 2014.  The show then embarked on its inaugural UK & Ireland tour before enjoying a summer season at the Garrick Theatre this year.

LET IT BE showcases the music of the world’s most successful rock’n’roll band, in a spectacular theatrical concert charting the band’s meteoric rise from their humble beginnings in Liverpool’s Cavern Club, through the height of Beatlemania, to their later studio masterpieces.

The show is packed with over forty of The Beatles’ greatest hits including: I Wanna Hold Your Hand, Hard Day’s Night, Day Tripper, Sgt. Pepper’s Lonely Hearts Club Band, Strawberry Fields, When I’m 64, Twist and Shout, Get Back and many more.

Event: LET IT BE

For more information and to book tickets, click here