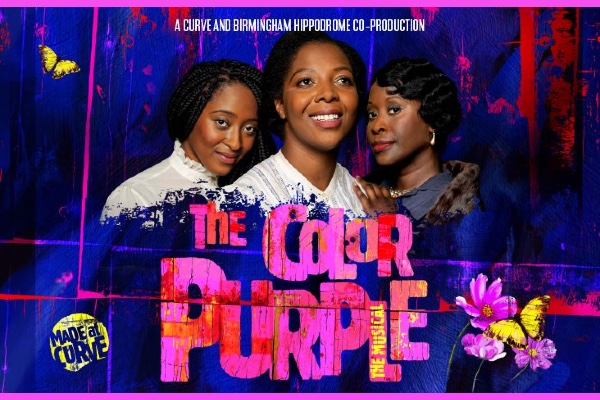 Brighton-based choreographer Mark Smith will this week be reimagining his original moves for a revamped online concert version of the hit musical The Color Purple.

Mark, who is artistic director of Deaf Men Dancing , will be at Leicester’s Curve Theatre re-setting and rehearsing his dance routines for the show, first staged by the Curve, in association with Birmingham Hippodrome in 2019.

Before travelling Mark told me : “ My main aim in the choreography was to make the movement authentic, grounded, earthy and real, with a bit of sparkle and a flash of passion and fire ! My inspiration has been from Harlem and the NYC nightclub  The Cotton Club – and the popular dances from Ragtime, the Cakewalks, the jazz and swing era like the Charleston, Black Bottom, Shimmy, Foxtrot and Lindy Hop  as well as African dance , sign language and a contemporary flavour.

“It will be a great joy again to see the original 2019 cast having such a fantastic time performing  as well as educating the audience in the history of dance ! The staging this time will be different because of social distancing. There’ll be a  revolve on stage which will be in the middle of the auditorium with cameras around the stage .

I’m excited to see how it will be filmed because it will be seen through fresh eyes and a different vision.”

The Curve had originally planned a concert version revival before lockdown restrictions made a physically present audience impossible.

The stream will run from 16 February to 7 March. It follows the tremendous success of a streamed version of Sunset Boulevard – recently reviewed in Scene – and features the original 2019 full-staged production’s cast – including T’Shan Williams as Celie, and Danielle Fiamanya as Nettie. Based on Alice Walker’s Pulitzer-winning novel it will again be directed by Tinuke Craig, with Alex Parker as MD.

There will be 2000 free tickets available for NHS staff.

Dancing footnote : Mark’s partner , Oliver-award winning choreographer Stephen Mear also told me he’s looking forward to being back in theatres in London and Paris this year once restrictions are lifted.

Tickets and information for The Color Purple at curveonline.co.uk

You can learn more about Mark Smiths work here