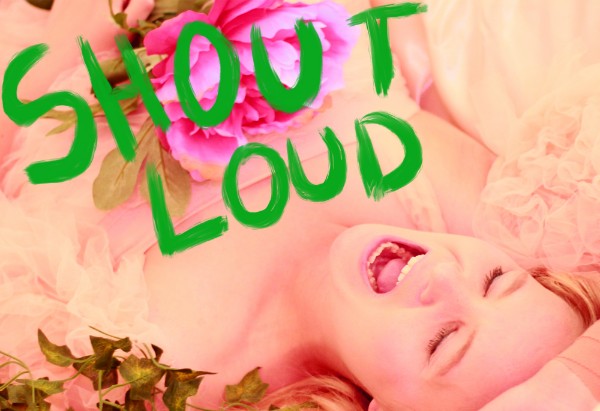 London’s own LGBT+ bubblegum duo Cherryade explore the effects of the music industry on mental health, in their Indie anthem Shout Loud.

“SHOUT LOUD,” cries a quirky London accent, full of cheek and anarchy. “Shout loud, but they still can’t hear you. I’m not breaking out,” the voice cries, as tectonic drums and swirling synths clap along to the cheerful beat. Suddenly the Ducks! style galactic intro from only seconds before becomes a mere memory, with the cheerful earworm of a song now taking over the brain. As a first look into their upcoming E.P 4 Reasons Why, the whimsical duo known as Cherryade choose to expose the hidden upheavals of the music industry on mental health, but despite its heavy weighted topic the track feels gleefully light and sweet as the iconic chorus enters the ears for the first time.

Long drawn out drones that sound as though the duo had borrowed an organ and its merry player from a church service, hooked them both into an amp, and let them play out their celebratory chords, cloud the chorus, cementing the notion of faux cheer. But this faked elation, this oddly light wave of synths and deceptively cheerful cluster of beats quickly unravels the web of faux happiness, as the bouncing chorus cascades into the darker verse, and the true meaning of the song comes to light.

“I won’t remember the feeling, when i shoot out my brains,” cheers singer Ella, nonchalantly and rather off the cuff, letting the words become lost in the faux jolly drums that seem to line the verse – a perfect reflection of the cries for help by a stressed musician that are covered with a bandaid, dismissed and quickly medicated by the industry. “I’ll keep on blocking it out, while i drown in my doubt,” harrahs the unfazed voice, beneath fluffy clumps of cotton drum loops and candy floss synths. Of course, the bleak reality captured in each word the duo bleed throughout the track falls under the radar to the casual listener, looking for a good song to dance away the night to. But once one looks past the enthused beats and positive beam of synths, the lyrics expose the darkness that lies within – eerily appearing akin to a suicide note in the making.

The pink pop duo may have crafted a light, dance-ready electronic bop, complete with catchy hooks of “Shout loud,” and sickly sweet candied imagery, retro gameboy stylised synths and soft drum taps, but they have more than transcended the safety of mindless pop with their poignant and strikingly real lyricism.

As the duo themselves explain: “We wrote this song about feeling frustrated as both artists and people who work within the music and film industries, and how that plays a massive part in mental health. There’s a massive pressure to succeed but at the same time you’re constantly being told what you should and shouldn’t do, and what rules to follow… it kills the creativity in what everyone is doing, and just isn’t healthy for anyone involved”.

And, with the unfortunate circumstances of artists like Avicii, the carefully constructed lyrics and deeper meaning of the track becomes all the more erudite. Perhaps we should be less consumed by the immediacy of music, perhaps we should step back, give the artists a break, and stop demanding so much of them. And perhaps the industry should listen to these people, and treat them like what they are: people.

All in all, good work Cherryade.