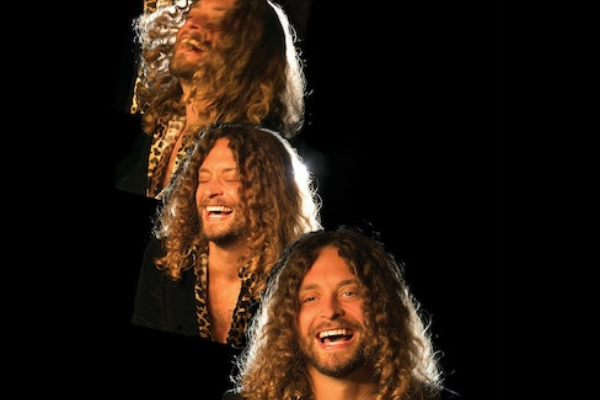 Celebrated singer/songwriter Alan Bonner will be bringing his unique twist on the ABBA classics to The Brunswick in Hove as part of the Brighton Fringe on June 25 & 26 – with some extra special surprises in store. For tickets, CLICK HERE.

The show, The Way Old Friends Do, will see Bonner sing a selection of favourites, including Chiquitita, The Day Before You Came and The Winner Takes It All, as well as some lesser known but carefully chosen ABBA classics.

Bonner will be joined by a five-piece band of acclaimed Brighton musicians: Ross Devlin on guitar, Ben Jones (of Alice Russell fame) on piano, Robin Squirrel on cello and multi-award-winning singer Paul Diello on collaborative vocals. Together, they perform lovingly reworked ABBA ear candy with a lush, theatrical soundscape and distinctive arrangements and instrumentation.

“I’ve been an ABBA superfan since I was five years old. Their music was like an emotional sugar rush then and it still is now,” says Bonner. “They are master songwriters, mixing sweetness with melancholy and delivering it through perfect pop songs.

“They made me fall in love with pop music and shaped my career as a singer, which is why I’m so thrilled to bring my take on ABBA to the Fringe. We’ve poured our heart and soul into making this show, drawing on the talents of the entire band and our shared adoration of ABBA.”

Brighton is, of course, where ABBA launched their career, winning Eurovision at the Dome in 1974 with the seminal song, Waterloo.

“It makes perfect sense to perform our ABBA songbook right here, in the city that catapulted them to fame, and to bring people together again after months apart – The Way Old Friends Do,” he adds.

The live performance will see Bonner take lead vocals alongside Diello, who also has a successful career as a solo artist. “Paul [Diello] and I have very different voices, with his being higher and mine much deeper,” says Bonner, “We blend the two in the show to be reminiscent of the ABBA girls, and the results are there to be heard!”

The show supports Bonner’s 2020 ABBA album, The Old Way Old Friends Do, and follows a string of well-received albums of Bonner’s own music that have won him fans across Europe and the USA.