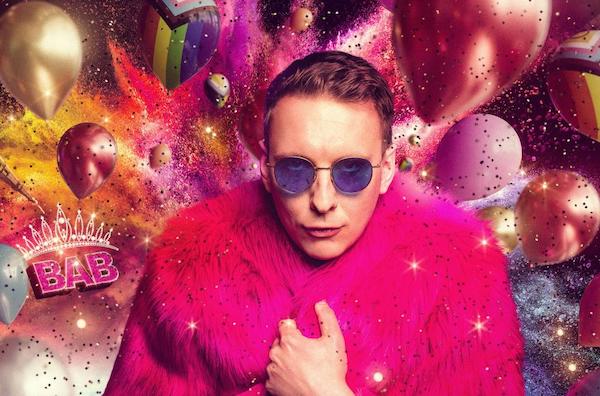 Comedian Joe Lycett hosted a Big Pride Party from his home city of Birmingham, live on Channel 4 on Sunday July 3, as part of the channel’s Proud All Over programming to celebrate 50 years of Pride in Britain, and viewers are already calling for the show to become a regular weekly fixture.

What’s more, the show was also attended by many of Birmingham’s LGBTQ+ figures, including; Pride House’s Piero Zizzi; artistic director of Fierce Festival, Aaron Wright; Birmingham Pride’s Eva Echo; and several drag performers including, Dahliah Rivers, Cycki Brokat, Sophia Stardust, Blanche, Amber Cadaverous, and Fatt Butcher – the latter of which quickly made the news after they were spotted sniffing poppers during the show.

In an interview with PinkNews, Fatt Butcher said they could “neither confirm or deny” the rumours that they brought poppers to the Channel 4 filming. Adding that for them, poppers “are an integral part of queer nightlife culture and [I] think they have a kind of mystical, collective quality [to them].”

“Joe’s event was to mark 50 years of Pride, and I think we wanted to make [sure] that [it] was from a queer perspective and that we weren’t presenting a kind of sanitised version of what a queer, late-night, chaotic party might be,” Butcher explained.

Joe Lycett’s Big Pride Party programme, which received 290,000 viewers – according to Ratings UK, courtesy of BARB TV, Thinkbox and Broadcast – when it aired from 9pm has already received calls for it to become a weekly show every Friday.

@beckieb31 wrote: “Please can #bigprideparty be a weekly programme with different LGBTQ+ guests on the show talking about different topics mixed with Joe Lycett’s fantastic humour of course.”

While another viewer, @DanielJUK added: “This felt like ‘90s TV again and totally needs a Friday night regular slot for LGBTQ+ TV #BigPrideParty.”

Joe Lcyett’s Big Pride Party is available to re-watch on All4.