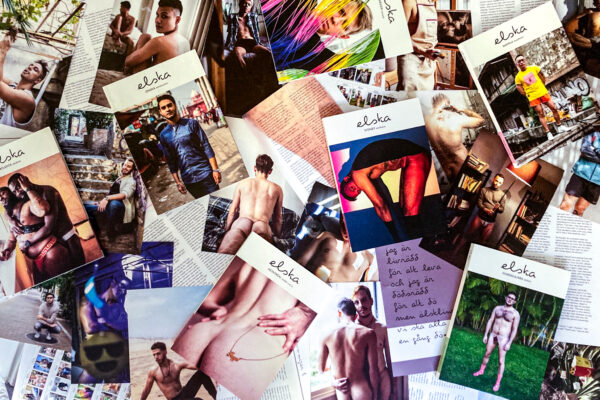 In August, Elska Magazine celebrated its seven year anniversary. Over these years the project has been dedicated to showcasing a diverse range of beautiful, ordinary men from LGBTQ+ communities around the world.

So far 38 issues have been published, each dedicated to a different city and including a range of everyday gay, bi, trans, and queer men living in the targeted city.

The goal is to let readers feel as if they’d travelled themselves to the city and got to know LGBTQ+ life there by meeting some locals.

To this end, participants are photographed in their streets and in their homes, dressed in their clothes or sometimes not dressed at all. Then each participant also writes a personal story, adding even more to the sense of intimacy.

“When I started Elska my initial idea was simply to find an outlet for my passions for photography and travel,” says Elska editor, founder, and chief photographer Liam Campbell. “I chose cities based on where I personally wanted to visit and then I just met whoever I could find there, spontaneously and without any special selection criteria.

“My motivation then altered once I started being able to afford to travel outside my native Europe, which happened from the fifth issue. Suddenly we started receiving complaints about featuring ‘too many’ non-white men. Further negative reaction to our inclusion of trans men, older men, and various body types also soon arrived, but rather than let them upset me I let them inspire me to stand behind my belief that beauty is not something narrow.

“Furthermore, it is through visibility and a sincere portrayal of diversity we can erode all the ‘-isms’ that plague our community.”

Elska’s collectable print publications are sold in select shops around the world and for order online. Also available are limited edition signed art prints, e-zines, annual subscriptions, and more. A list of stockists and more information can be found on the Elska website.