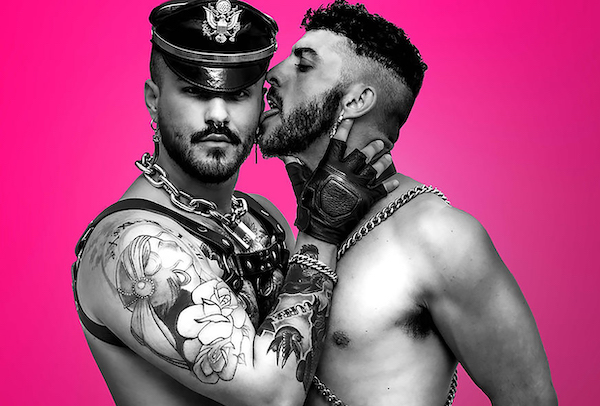 Following increased attacks on the queer community by sections of the media, a group of artists, both established and new, will be showcasing their work exploring a range of subjects including religion, identity, queer culture, and sex.

Dirty Queers is a “glorious, multi-sensory exhibition of photography, film, art, and sculpture brought to you by a collective of sex-positive, queer artists” on Saturday, October 8 at London’s Bateman Street Gallery, Soho. There will also be interactive immersive experiences as well as live art being performed throughout the day.

Matt Spike, London-based fetish photographer and founder of the exhibition, said: “Talking to my peers, it was becoming increasingly common that we were all receiving bans from social media for constantly breaching their guidelines, so much so it actually became quite comical. So, we just decided to hold our own exhibition, uncensored and as a bit of a f**k you to those that would oppress us and to show our work as it was intended and without having to worry about a ban.”

The exhibition will also feature work from well-established artists such as Bruce La Bruce, Ben Youdan, Saul Morgan, Joshi, Aaron Bergmann, Christian Duran and Arabella Archives as well as opening its doors to more recent editions to the art scene including Guy O Harrison, Lee Woodall and a collective of women known as the busy hands group, an art group formed in lockdown who have created work especially for this event using their breasts.

The exhibition is free to attend and will be held at the Bateman Street Gallery, Soho, London, W1D 3AQ on Saturday, October 8 from 2-11pm and will coincide with the London Art & Culture Festival which includes an exhibition of work by Tom of Finland at Second Home, Spitalfields marking a day of celebration for queer art and artists across the capital.