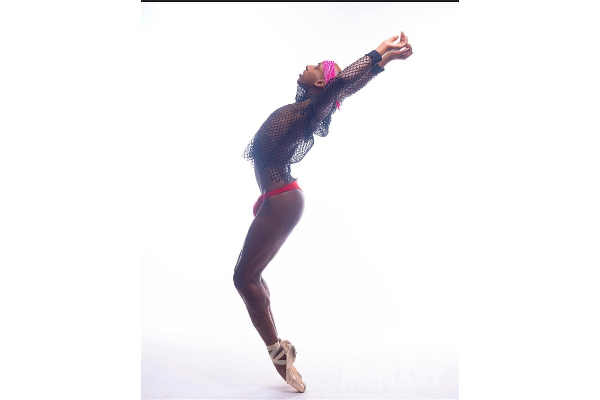 Born in Sri Lanka, Joshua Royal was adopted by a British couple at the age of 5 weeks and brought to Oxfordshire. He tells me:”I started ballet classes at 5 or 6 becaus it was what all the girls were doing. I listened to Vivaldi’s Four Seasons and did shows in my room at home”. He even had a glitter ball and disco lights!

His parents saw his love of dance and enrolled him in classes n Abingdon. He auditioned for the Royal Ballet at 11.” I got it: I was one of the only brown boys at the Ballet School. Carlos Acosta was who I looked up to”, he tells me. There was racism but he says:”I was naive, vulnerable: I didn’t notice it”.

His five years onstage with the Royal Ballet as a child brought him into the company of not only Acosta but also Darcey Bussell. ”I got little roles : the first one I was sweating onstage – the lights, the music, the audience. I was sure, though, that this is what I wanted to do. I watched others all the time from the wings. The vibe of the stage door, or talking to other dancers made me know : this is where I belong”.

A diagnosis of bipolar disorder at age 14 turned his world upside down – it coincided with the traumatic death of his beloved grandmother. “I was really depressed, I didn’t love myself. I was very angry and aggressive with the people I loved, and very high too. I carried on dancing  and spent three years on a course at the Central School of Ballet and I met my first boyfriend, who was 30. He opened the gay world to me”.

At the same time his church refused to confirm him because he was gay and his first heartbreak came at 17  when his then boyfriend cheated on him. But he won a scholarship to Philadelphia USA, where his training was based on the Balanchine style of dance. Coming back to England, Joshua freelanced with various dance companies, with English National Ballet, and appeared in Romeo and Juliet at the Royal Albert Hall, but admits now that he was not enjoying dancing anymore.

Retiring in 2014, he then held a variety of jobs including being a concierge, and had some really bad boyfriends, he tells me honestly. “I lost myself”. Then in 2015 he was diagnosed with HIV at 56 Dean Street. ”My whole world sank.I was disappointed in myself ; I was a wild child living life on the edge”. But then he found acceptance in a different church and got a purpose, a sense of community. “I realised I had a teaching vocation -working with children. The best thing was I was going back to dancing. Now I’m undetectable, I’m ambitious  and I’m reaching out, and being an advocate for mental health support, and I’m dancing again”.

On World Aids Day 2020 Joshua mounted a fund-raising gala for the Terrence Higgins Trust called The Naked Truth – of necessity an online event of dance and poetry, which is still available on YouTube. And this year for December 1 he is launching a promotional film to raise funds for THT and also start the funding process for a massive physical gala for December 1 , 2022 also called The Naked Truth at Clapham Grand .

And his future plans include his first Drag appearance in a Black Swan fantasy, and writing more of his own music, which he’s started to do, He’s also currently part of a portrait exhibition More To Me Than HIV at Brighton’s Jubilee Library until 12 December.

His advice to a young Joshua? “ Don’t give your heart to everyone”. What Joshua shows is that out of adversity can come a true understanding of the human condition and the desire to help other people’s well-being. And there’s certainly more to him than HIV.

More information on the Naked Truth project at hivthenakedtruth.com