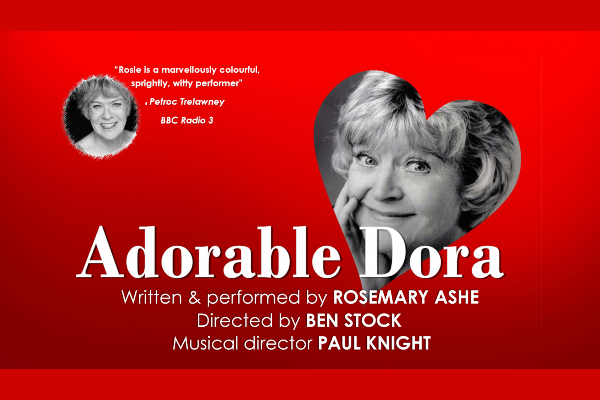 Dora Bryan was as much a part of Brighton life as she was of the British entertainment world.  She lived in the city for many years and was often seen shopping in Kemp Town. Over 8 decades she did it all – from panto to Carry On films, Shakespeare to tv classics like  Last of The Summer Wine, Dinner Ladies, Ab Fab to name only a few and most memorably her award-winning role in the ground-breaking film A Taste Of Honey.

She’s famous for saying of her roles: “tarts and barmaids, I just took whatever came along. ”

Now West End star Rosemary Ashe is bringing Dora back to life in Brighton onstage this week. Rosemary, star of musicals including Phantom, Les Mis, Candide, Oliver and The Witches Of Eastwick , penned the show in lockdown. The result is Adorable Dora.

Expect a generous dose  of fun, eccentricity and flamboyance. The show is part of the further extension of Brighton Fringe and can be seen at The Warren, Oil Shed , on 8 July at 4.45 pm and 10 July at 1.10pm