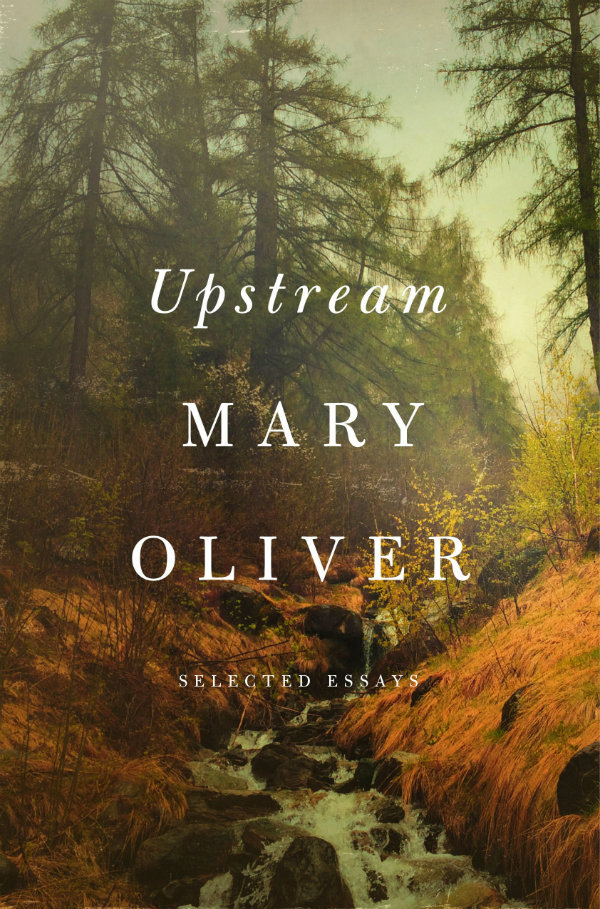 “In the beginning I was so young and such a stranger to myself I hardly existed. I had to go out into the world and see it and hear it and react to it, before I knew at all who I was, what I was, what I wanted to be.”

So begins Upstream, a collection of essays in which poet Mary Oliver reflects on her willingness, to lose herself within the beauty and mysteries of both the natural world and the world of literature. Emphasing the significance of her childhood “friend” Walt Whitman, through whose work she first understood that a poem is a temple, “a place to enter, and in which to feel,” and who encouraged her to vanish into the world of her writing.

Upstream follows Oliver as she contemplates the pleasure of artistic labour, her boundless curiosity for the flora and fauna that surround her, and the responsibility she has inherited from the great thinkers and writers of the past, to live thoughtfully, intelligently, and to observe with passion. Oliver positions not just herself upstream but us as well as she encourages us all to keep moving, to lose ourselves in the awe of the unknown, and to give power and time to the creative and whimsical urges that live within us

Her word is simple, startling and surprisingly complex, unwinding like a twisted silken ribbon, uncoiling to three or four times its length in your mind with the softest breath of release. She’s an inspirational as she is challenging and most of all her work is still. It sits there, inviting attention, but not begging, or shouting, just still, like a pool of water, and as deep and unexpected. Mary Oliver is an antidote to the corrosive poison of our stressful empty seemingly pointless lives and an hour in the company of her carefully crafted and hewn essays reminds one not only of the utter pleasure of just being, but also the unlimited potential that all of us hold, just by being us.

This is a sweet and tender collection of essays looking at Oliver’s life, from her childhood solitude but never loneliness to her mature reflections on change  and sense of place, although utterly authentically American in content and voice, this is a very British book at heart, with strong thunderous echos of Wordsworth’s relationship with the landscape around him and within his culture. From Wordsworth she learns that one’s true abode is made “not of beams and nails but of existence itself — is all of earth, with no door, no address separate from oceans or stars.” with her writing she attempts to emulate him and show us the way forward.

Out now, treat yourself.