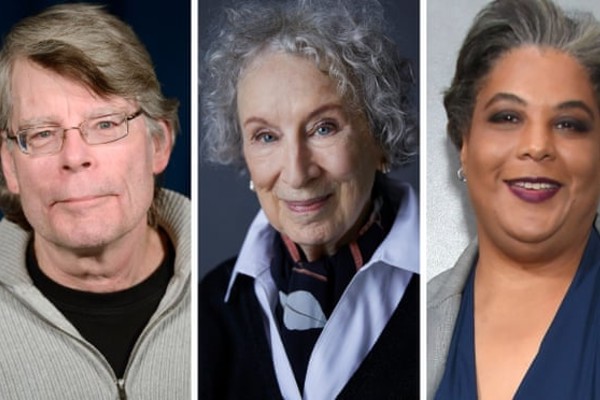 World famous writers including Margaret Attwood, Stephen King and Neil Gaiman have signed an open letter in support of trans and gender non-conforming people following the JK Rowling transphobia row. The letter, signed by members of the US literary community, follows a similar letter from UK writers which was published on September 30 and signed by figures including Malorie Blackman and Jeanette Winterson.

The US letter has now amassed well over 1000 signatures. It writes: “We are writers, editors, journalists, agents, and professionals in multiple forms of publishing. We believe in the power of words. We want to do our part to help shape the curve of history toward justice and fairness. To that end, we say: non-binary people are non-binary, trans women are women, trans men are men, trans rights are human rights. Your pronouns matter. You matter. You are loved.”

Author of the Harry Potter series, JK Rowling, recently published a novel featuring a male identifying serial killer who dresses in women’s clothing while murdering his victims, sparking backlash from the LGBTQ+ community and allies. It was not the first time Rowling had been accused of transphobia, and the hashtag #RIPJKRowling trended globally on Twitter after the book’s release.

Author Maureen Johnson who signed the letter told Publishers Weekly, in reference to Rowling’s attitudes towards the trans community: “Sometimes you need to put your name on the line and say, ‘I don’t agree with what’s going on.’”