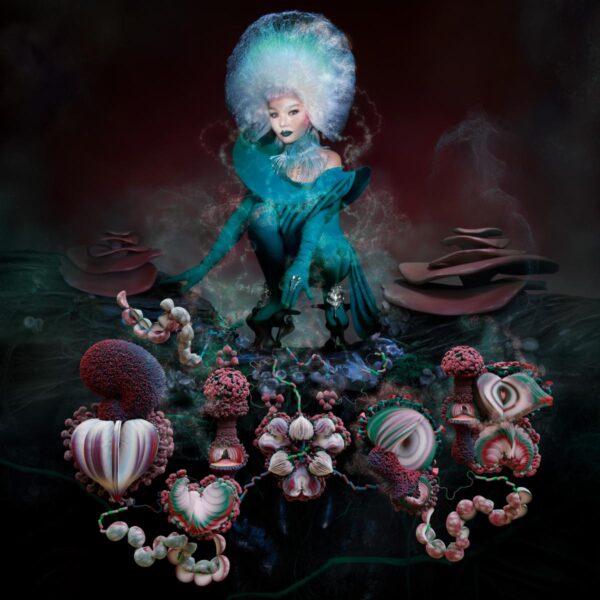 Björk continues to inspire and experiment with the release of her tenth studio album, and first in five years, fossora, via One Little Independent Records.

fossora, a word created by Björk, is the feminised version of the Latin word for ‘digger,’ and a reflection on roots, grounding, love, and family in the context of an underground mushroom world. The album is produced by Björk and recorded by Bergur Thorisson.

The new album finds Björk nesting at home in Iceland through the pandemic long enough to set down roots – both literally in her hometown Reykjavík and symbolically. While Björk’s last album, 2017’s critically acclaimed Utopia, was a city in the clouds, fossora is the sonic opposite: an earth-focused, natural eco-system of bass clarinets and punchy sub-bass.

my new album “fossora” is about that
it is a word i made up
it is the feminine of fossore ( digger, delver, ditcher )
so in short it means “she who digs” ( into the ground )

so sonically it is about bass , heavy bottom-end ,
we have 6 bass clarinets and punchy sub”

The album also deals with legacy, with two tracks paying tribute to her late mother, Hildur Rúna Hauksdóttir, who died in 2018.