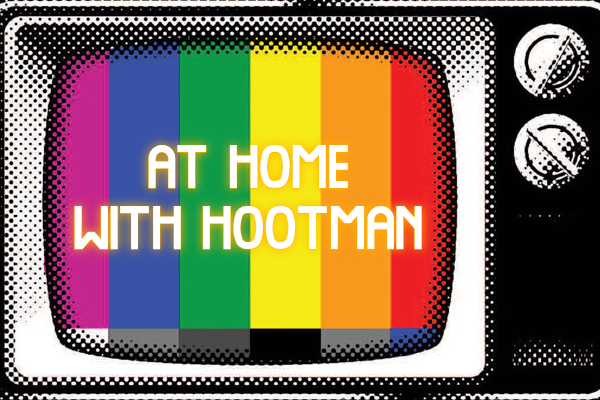 FAITHLESS (BFI Blu-ray). Scripted by Ingmar Bergman and directed by one of his favourite actresses, Liv Ullmann, this is an intense examination of an affair and its consequences. Marianne (Lena Endre) is married to world-famous conductor Markus but finds herself having an affair with theatre director David – a friend of the family and a man who she formerly saw as a brother. The film has a fascinating framing device: Marianne doesn’t exist but is a character dreamt up by an ageing film director who interviews her as he teases out the story we see dramatised. It’s a great conceit with the director as creator, if not Creator, bringing life into existence, listening to his creations whilst also putting up incredibly cruel obstacles to their happiness.

The film has an undoubtedly brilliant central performance from Endre as Marianne. In some scenes we see her practically disintegrate as if being emotionally destoryed by the strength of her feelings. However, it’s this ramping up of this intensity which ultimately compromises the whole enterprise. Eventually the film comes crashing down as its melodrama skirts with absurdity and becomes almost ridiculous. A divorce following a spouse’s affair is going to be tough but the theatrics its three protagonists go through seem to happen purely because of the cruelty of the director (the character rather than Ullmann). The twist at the end where Marianne learns something about her husband seems gratuitous. And a few minutes later the shocking revelation in Markus’s final letter pointlessly ramps up things up further.

There’s one scene where Marianne sees the notes the director has written, literally the story of how her life will unfold, and from the director’s face we know what happens next is not going to be good. Perhaps the point of the film isn’t the human affair and rather Faithless is a critique of God himself. Ullmann’s movie is absolutely compelling from scene to scene, but the narrative is simply too focussed on veering towards darkness and tragedy, occasionally at the expense of believability.

JIMMY SAVILE: A BRITISH HORROR STORY (Netflix). This two-part documentary seems to be aimed at an American audience as it tells us Brits little that we didn’t already know. The first part is, strangely given the material, very boring. It focuses on Savile’s TV career and so there’s a lot of footage – I mean way too much – from the Savile oeuvre. There’s also something rather disingenuous about the clips used: there are many instances of Savile making a ‘sexy’ joke about a young girl who happens to be in his vicinity. To anyone under 40 these ominously presented clips would seem to be actual proof of the man’s depravity – a fully grown creepy man making sexual references about underage girls. Yet there’s no one on hand to point out this was the 1970s/ ‘80s and Savile was a typical representation of the culture of the time.

Take popular song Kinky Boots (released in 1964 and made the top ten in 1990) which had actor Patrick Macnee singing about ‘sexy little school girls’ without any eyebrows being raised. Shorn of any context it’s hard to know if Savile’s on screen behaviour really was that much worse than his contemporaries.

Part two shows some harrowing testimony from a survivor but the programme doesn’t get close to answering the perhaps unanswerable question of how he got away with his crimes for half a century.

YELLOWJACKETS (Sky). In 1996 an all-girl football team’s plane crashes in the jungle. In the present day we follow the characters – at least the ones that survived – whilst the narrative moves between the two strands gradually revealing parts of what happened in the wildnerness.

This is a brilliantly inventive drama with horror and perhaps supernatural undertones full of great performances from both the girls and their adult counterparts. Stand out favourite is weirdly sweet, and slightly sinister, Misty (Christina Ricci and Sammi Hanratty) whilst Juliette Lewis is great as the adult Natalie, a hard-as-nails cynic and a great modern noir character.

Fairly early on there are hints that there’s something occult going on (could a carved symbol on a tree near the crash site be a coincidence? Probably not!) and my only fear is this could turn out to be the equivalent of seminal ‘90s series Lost. Like Lost it slowly lets the mystery deepen and I hope that, unlike the earlier programme, Yellowjackets actually has some idea where it’s going and it doesn’t rack up incidents of head-scratching bizarreness without any attempt at resolution.

HARD CELL (Netflix) Catherine Tate is not a woman without talent so it’s baffling how she could turn out something so devoid of humour, intelligence or wit.

The set-up is Tate plays the governor of a prison, and various inmates, who are the subject of a TV documentary. Apart from being desperately unfunny its slavish use of The Office as a template is simply embarrassing. As the governor she’s basically a clueless Ricky Gervais whilst her second-in-command (Christian Brassington) has been directed to act exactly like Martin Freeman – even down to the intensely sardonic looks directed straight to the camera’s lens.

After 30 minutes of this abject failure I quickly switched to Phoebe Waller-Bridge’s brilliant predecessor to Fleabag, Crashing, which is funny, touching and sexy and I felt my faith in the sitcom, and perhaps humanity itself, restored.