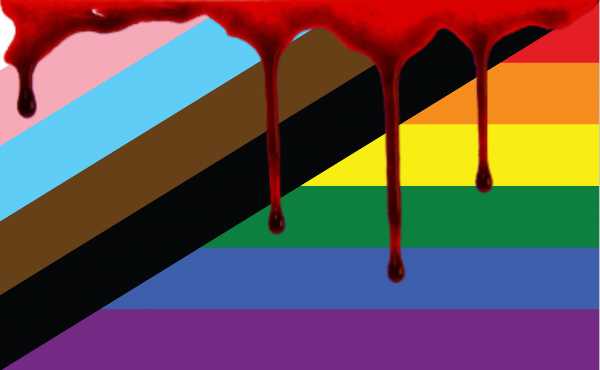 Craig Hanlon-Smith rages against the response to the Reading murders

On Sunday three members of the LGBTQ communities were murdered in a park in Reading.

What are their names?  Why don’t you know?

We know them to be members of our communities because Reading Pride has reached out in their memory, and an LGBTQ venue in Reading they frequented has done the same.

In Old Money this observation would have started as follows:

On Sunday three gay men were murdered in a park in Reading. We cannot be sure they identified as gay men and I cannot ask them because they have been murdered, but we do know they had same sex relationships and were active in the LGBTQ communities in Reading. Other people in their company were stabbed and injured.

What are their names? Why don’t you know?

In 2016 when 49 people were murdered in an Orlando nightclub we couldn’t vigil quick enough. Within 24 hours there were 10,000 of us packed into SOHO alongside gay choirs, drag queens and national television crews to stand firm in the face of this atrocity for our LGBTQ community brothers and sisters thousands of miles away.

So what happened? Gay boys from Reading not cute enough? Not gym-ripped enough? Too geeky and dull looking? WTAF gays? Where are you? And don’t give me any “we can’t there’s a pandemic” nonsense. We’ve been gathering in thousands for the Black Lives Matter protests and have you seen the beach? Risking your health for an evening getting trashed on Aperol straight from the bottle in the THOUSANDS. Classy Brighton classy.

We are not the only ones ignoring them. There has been no mention of their community base by the politicians. No acknowledgement of the LGBTQ community’s grief and concerns.  In fact, the Home Secretary’s focus was entirely on the police who risked their lives to apprehend the perpetrator armed with a deadly weapon. Not a word  about the gay men who risked their lives sitting in a park on a summer’s evening minding their own business. Watch her deliver that statement here.

We are told the alleged murderer is being held on terrorism charges, which means one of two things. It’s not true but the police are using that as they can question him for longer, or it is true and he is a ‘lone-wolf’ extremist driven by a manipulative and misguided ideology. We are also reliably informed by a lazy media that the murderer may have had mental health problems. Not good enough. How many people are living with complex mental health problems in this country who do not murder gay people? Hundreds of thousands.

It is true to say that as yet we do not know that these men were singled out because they were gay. We do not know if they were wearing or doing something that signalled to the world they were part of our community. It could be that this murderer just wanted to kill people and he got gay lucky. But they were gay and we as a community have ignored it. The absence of our rage is in itself an outrage and we should be ashamed of ourselves.

The lone-wolf will be an extremist for one of two reasons. He is either a right-wing extremist driven by a will to destroy difference, or his purpose has its base in a religion. If his extremism is religious then it is natural to be concerned for the safety of LGBTQ people as all major religions promote violence towards gay men within their doctrine. The Old Testament, which is the foundation of both Judaism and Christianity, and The Quran, the holy book of Islam, both state that if a man lies with a man as a woman (he’s gay) he must be put to death. They also share the same idea that in place of a man, the marauding homo should be offered a 12-year-old virgin daughter for sexual gratification. Gay murder and the rape of a child to boot. What could possibly go wrong?

We are cowering in the name of over-sensitivity and those who mean to do us harm will see our fear and do it again. We will only have ourselves to blame.

David Wails, Joe Ritchie-Bennett and James Furlong were murdered in a park on Sunday evening while they relaxed with friends. And you don’t care.

Remember the victims of Forbury Gardens, Donate here to raise  funds to help support the families for funeral costs