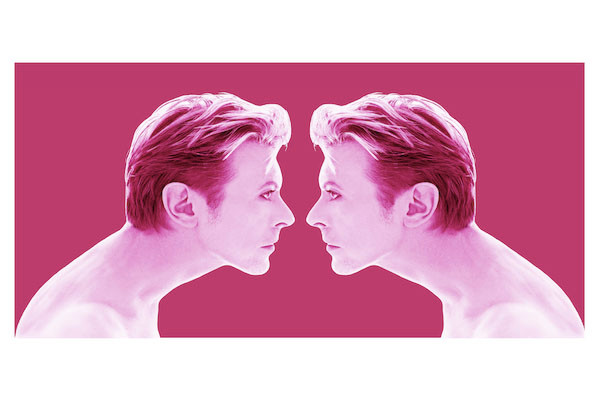 To mark what would have been David Bowie’s 73rd birthday, Zebra One Gallery has released three rare images of the late icon by celebrated photographer Kate Garnerin an exclusive, new series of signed colourways.

The images are from a 1995 LA shoot with the Starman, which saw him tied up with ropes and suspended from the ceiling, wrapped in bandages and put inside a giant tube. They are the only Bowie images Garner has left, after her entire photograph collection was stolen from storage in LA, 12 years ago. Fortunately, a friend had rescued this piece of history by keeping a handful of prints and negatives in his London studio.

Photographer-turned-singer, Garner explains: “I was never a crazy Bowie fan, preferring the rough edges of Iggy to David’s personas, but after spending an afternoon with this magician, I found him to be one of the most amazing humans I have ever met.

“He was incredibly charming and had researched who I was and discovered that I had worked with his friend and producer Tony Visconti, who said that David was one of his favourite artists to work with.

“He even learned the words to my songs and sung them to me over the lunch table, while staring directly into my eyes. He also showed me photographs of his paintings and asked me to give a critique of them. This, along with the fact that he had a translucent beauty at the age of 47, made him pretty hard to resist.”