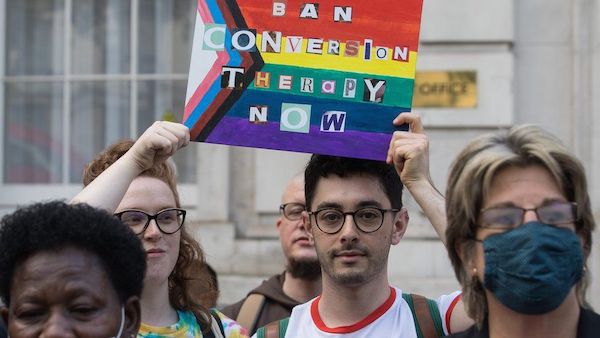 The UK government has faced criticism for excluding transgender people from a promised ban on conversion therapy, where individuals attempt to change someone’s sexual orientation or gender identity. Following the partial U-turn in Westminster, the Welsh government said it was seeking legal advice on whether they will be able to use devolved powers to ban conversion therapy within Wales.

The UK government’s former LGBTQ+ adviser Iain Anderson, who resigned in protest at the government’s decision to exclude trans people from the legislation, has suggested that the government is treating trans people as a ‘wedge issue’. However, it was previously reported that support for a ban on conversion therapy for lesbian, gay and bisexual people and for trans people was high among British people who currently intend to vote Conservative.

There is similarly high support for a ban among Welsh people who voted Conservative in the 2019 general election. Six in 10 (58%) Welsh Conservative voters think conversion therapy for sexual orientation should be banned, and 55% think the practice should be banned for gender identity.

Welsh Labour voters are even more in favour of a ban on conversion therapy – 69% for sexual orientation and 65% for gender identity.