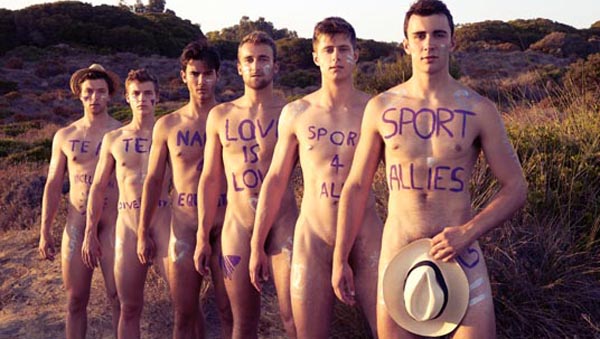 The Warwick Rowers project remains one of the world’s most eye-catching straight ally projects, and its influence worldwide continues to grow.

Sport Allies, the charity they have set up and continue to fund, has now become a registered charity.

The charity has caught the attention of top UK politicians and is about to launch an in-depth academic report on homophobia and gender inequality. It’s an extraordinary story of ground level activism that has captured the imagination and support of millions around the world.

Never before has the LGBT community had greater need of its straight allies to assert that the battle for LGBT rights comes not from self-interest but from a belief in justice.

There has been a 147% increase in homophobic attacks post Brexit, and concerns are being widely expressed that the Trump vote will amplify this globally.

Never in recent memory has the support from straight allies like the Warwick Rowers been so important.

Warwick Rowers are photographed and produced by Angus Malcolm.

As well as the Calendar which sell for just £14.99 the following merchandise is also available making wonderful Christmas presents:

The Calendar Wallpapers: £9.99
Includes all the images from the new 2017 calendar to create beautiful wallpapers for your computer.

Print Calendar: £14.99
Their best calendar ever! Now combines their award-winning ‘two pages per month’ big pic and planner design, along with the return of their glorious pull-out poster.

Boatload (England): £36.99
Hundreds of images from their England shoot, including many that they just could not have put in the calendar!

Boatload (Overseas): £36.99
Hundreds of images from their shoots in Spain and New York, including many they also just could not have put in the calendar!

England Film: £21.99
A beautifully crafted documentary that takes you behind the scenes of their 2017 calendar shoots in England. Shot on location in England in glorious colour and full 4k definition.

Spain Film: £21.99
A beautifully crafted documentary that takes you behind the scenes of their 2017 calendar shoots in Spain. Shot on location in Spain in glorious colour and full 4k definition.

England + Spain Films: £39.99
Get the complete picture with their double bill of calendar shoot documentaries.

The Book Freedom : £250
The perfect present for that someone special this Christmas! Beautifully produced in England in a numbered limited edition of only 1000 copies. This is sure to become a collector’s item.