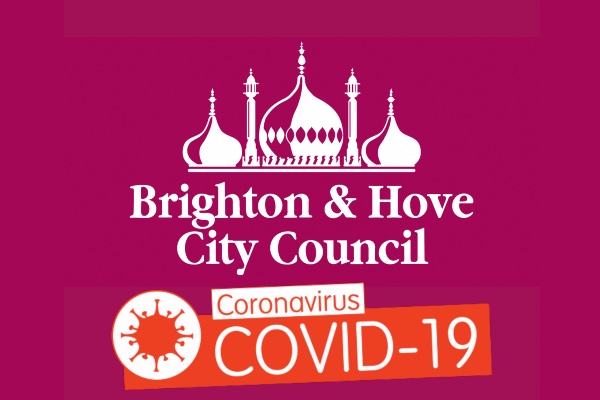 Labour Councillor Anne Pissaridou, the lead member for food, visited the Food Distribution Hub at Hove Park School during Volunteers’ Week to thank volunteers for the work they have been doing during the Covid-19 pandemic.

Councillor Pissaridou was shown around by Vic Borrill, the Director of Brighton & Hove Food Partnership, who is leading the city’s efforts to provide the food needed by vulnerable people in the city in response to the pandemic.

The current pandemic has led to a step change in the scale, coordination and the efforts of the volunteers themselves resulting in an overwhelming response from the city to the crisis, with many people giving up their time to put others first.

Food projects across the city, almost entirely run by volunteers, have been ensuring that the most vulnerable people in the city are supported and that no-one in Brighton & Hove will go hungry.

There is a large network of community projects across the city that make up the emergency food network, including the 21 food banks that were already in operation supporting vulnerable people and the 21 new food projects that have joined this effort due to the Covid-19 pandemic.

The Food Hub at Hove Park School has been set up to distribute food parcels directly to vulnerable residents as well as sorting bulk deliveries to be delivered to community run food projects in the city.

The support being provided by the food projects across the city continues to be delivered at a phenomenal scale. In the week commencing May 18 neighbourhood food hubs provided food parcels for 4,613 people in 2,112 households across the city, including 1,387 children.

This mammoth effort was the result of 548 volunteers giving up 3,270 hours of time to help their fellow residents.

Councillor Anne Pissaridou, said: ‘The scale of the support from volunteers in Brighton & Hove has been inspirational during Covid-19, with some dedicating their time to help while they may be experiencing difficulties in their personal circumstances.

‘This Volunteers Week, I would like to thank every single volunteer in the city for the work they do on a daily basis to help others in need.

‘Volunteers’ Week marks a well needed celebration of all that volunteers do, and the community response in my adopted home of Brighton & Hove, is something I will always be proud of.’