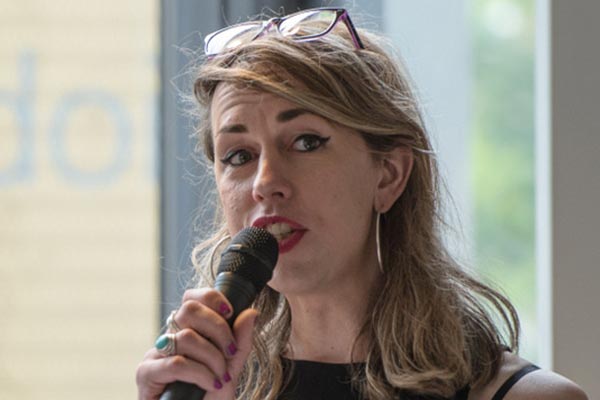 VoiceOver Brighton is a social radio project for the trans communities by Umbrellium and in collaboration with artist and performance maker Emma Frankland.

TWENTY Five members of the Brighton trans and non binary communities will be archiving their responses to a series of questions orchestrated by Emma.

Of these responses, two audio pieces will be created, one which will be broadcast publicly as part of the Brighton Digital Festival. The other will be a private piece for trans identified listeners (access to which can be registered for at www.notyetarobot.co.uk).

The project is being conducted over four-weeks leading up to the festival, the progress of which is being shown by a digital instillation on the front of The Marlborough in the centre of Brighton. Using lights and colour the installation will display when a response is being recorded, designed to make the conversations visible.

VoiceOver was first developed in 2016, in East Durham, designed and developed with local residents and organisations to create a participatory hyperlocal means of communication, to bring together communities. VoiceOver Brighton will be for Brighton’s trans communities to engage in conversation, exploring public and private thoughts and feelings.