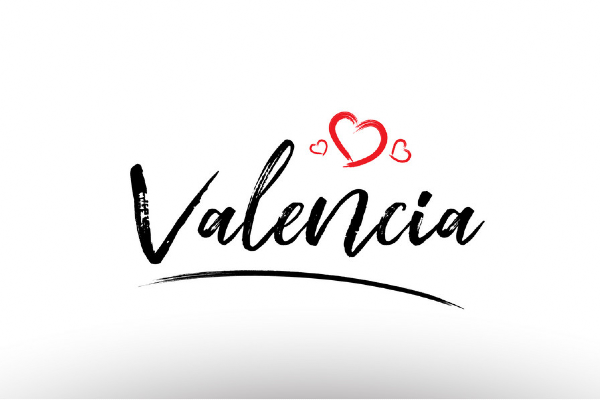 Brian Butler spent some  time in Valencia back in the day when we could travel further than our sofas. So let’s take a virtual tour with Brian from the safety and comfort of our screens and check out what he thought of Spain’s third largest city, and how he found its combination of history, traditions, food and drink make it a must-visit-when-we-can location.

Who knows we might be able to visit again soon…

Flying down the east coast of Spain towards Valencia you see acres and acres of what appears to be flooded farmland. But these are rice fields, which Valencia needs for its highly popular dish of paella. These are the only rice fields in all of Spain.

This is a very independent community, with its own language similar to but not the same as either Spanish or Catalan, and a free-spirited attitude.

Looking at its famous silk exchange, La Lonja, or its 14th-century cathedral, the Metropolitan Cathedral–Basilica of the Assumption Of Our Lady of Valencia, it’s easy to see why this has been a cultural centre for many hundreds of years.

But the city has also kept pace, reinventing its cultural heritage in the modernist Palau de les Arts Reina Sofia, designed by Calatrava, which contains a glorious opera house, with two auditoria with vertiginous sight lines and home to international opera star Placido Domingo’s academy for young talent. A tour of the building, which often includes peeking in on opera rehearsals, is a must.

In the dried-up former path of the River Turia, now diverted elsewhere, is a huge sunken area of plants and trees, cycling and jogging paths. It’s also a very popular gay cruising area.

Back in the city, there are many plazas – squares housing restaurants and bars or architectural gems such as the fountain of the Plaza de la Virgen. While there it’s worth exploring the underground Roman Visigoth and Islamic remains of La Almoina.

The cathedral is worth a visit, especially when there is a choir singing, and it claims to house in a side chapel the original Holy Grail – the chalice used by Jesus at the Last Supper.

If you feel the need to escape the city there are many interesting trips to take – Albufera to the south hosts masterclasses in making paella in a country house, surrounded by orange and olive groves. The chef will let you into many secrets and you even walk away with a certificate. The wine region of Utiel-Requenaboasts tours of local wineries, including the Vera de Estenas and the Murviedro, with the original subterranean storage caves still in use.

On the subject of paella, you have to try the Valencian variation, made not with fish but with rabbit and chicken, snails and white beans.

The Central Market, Mercado Central, is a culinary delight with daily fresh supplies of many varieties of fish and shellfish, vast arrays of cheese and ham, Jamon Iberico. It shuts at 3pm daily so an early visit is recommended.

The restaurants and bars are great for food – not only paella, but entrecôtes, gambas in garlic, shrimp fritters, Iberian ham, croquettes with various fillings, squid, octopus.

I mentioned La Lonja and its unobtrusive entrance belies a fascinating 15th-century building with definite eastern influences. Its amazing twisted columns and vaulted ceiling lead to a placid garden full of orange trees.

There are other treasures to see from street level, including the alabaster-covered ceramics museum, once a private residence. Photograph it from outside either Le Marquis Hotel restaurant or the small Cool bar boasting an image of Audrey Hepburn over its gents’ toilet.

In Ruzafa the gay bar La Boba Y El Gato Rancio is modern, sleek and relaxed. Other gay bars include, Trappezzio, Moratin 7, Bar Cafetin, with its own pianist, and bear bar Bubu.

The street market in El Cabanyal is worth the trip – an up-and-coming area where Brighton’s Rainbow Fund chairman Christopher Gull has established himself. It’s the posh Valencia of the future without doubt. While at the seafront visit the Marina Beach Club with its al fresco food and drink and lots of eye candy.

Some eating and drinking recommendations:

Bisbe: an indoor and outdoor tapas bar opposite the archbishop’s front door.
Lolita’s: smart cocktail bar behind the cathedral.
Cafe de Las Horas, off the Plaza de la Virgen: over-the-top bar with operatic music and decor to match, serving a wide range of gins.
Xanglot: modern take on Spanish food with a cool interior.
Casa Al Mudin: a backstreet artisan restaurant, old charm and great tapas.
Taberna Vintara, Plaza de la Reina: my personal favourite, with a wide range of tapas and drinks and the most friendly staff I met.

I flew from Heathrow by BA but there may also be regular easyJet flights from Gatwick. Or the train Eurostar, via Paris & Madrid high speed networks.

When things return to some kind of post Lockdown New Normal and travel might be something to consider, check Valencia out, you won’t be disappointed.