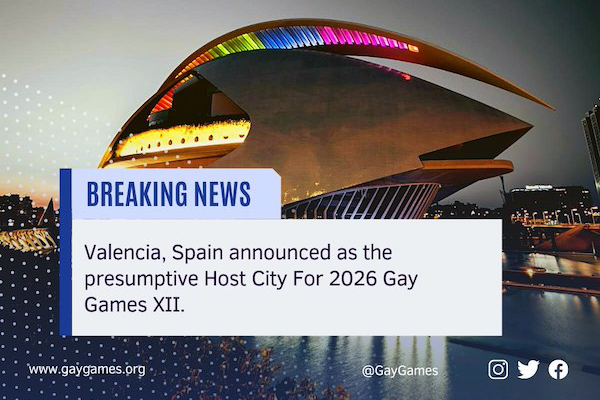 Valencia, Spain was chosen as a presumptive host city for the 2026 Gay Games XII at a ceremony at the Royal Pavilion in Brighton last night.

The Mayor of Brighton & Hove, Cllr Alan Robins, opened the ceremony which saw Valencia, Munich and Guadalajara, Mexico compete to host the 2026 games.

For more info on the Gay Games, which has the motto Participation, Inclusion, Personal Best: CLICK HERE