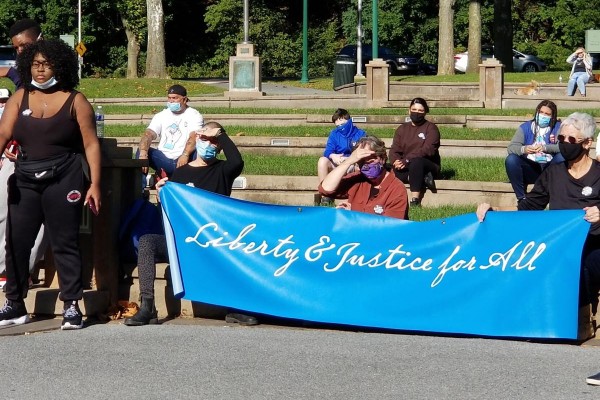 Police in Pennsylvania, US are being allowed back on the force with no disciplinary actions after shooting 29-year-old Roxanne Moore, a black trans woman, 16 times. Moore was shot on September 13 and is still in hospital with severe injuries. Authorities say the incident occurred at 7.00am when Moore was arguing with others in her apartment and threatened to shoot one of them. The district attorney says Moore has history of mental health and potential drug use, however this has not been confirmed.

Police believe their actions were a ‘reasonable use of force’ and Moore is expected to receive criminal charges when she is released. The Transgender Law Centre has expressed outrage at the treatment of Moore, tweeting: “Roxanne Moore was already in distress, like so many others were before they were killed. She deserved better. Black folks experiencing mental health issues are regularly met with hostility from police after experiencing great hostility from the world”. Others have demanded justice for Moore considering the police officers who shot her have not received any penalties for their actions.

Friends and community members in Reading, PA gathered on Sunday 27 September to show their support for Moore, while wearing ‘Black Trans Lives Matter’ badges and t-shirts embroidered with the hashtag #RoxyStrong.