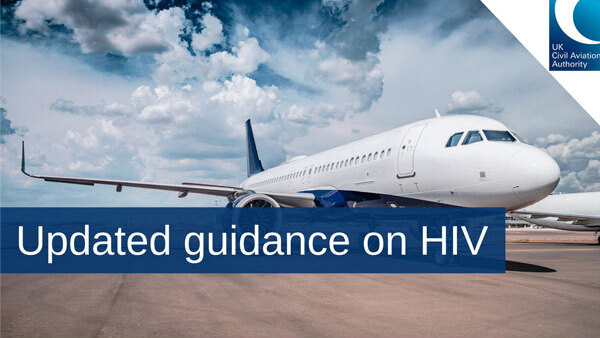 The UK Civil Aviation Authority, with the support of Terrence Higgins Trust (THT), the National AIDS Trust and the British HIV Association, has issued a landmark package of measures for pilots living with HIV to support them flying and continuing with their careers.

The regulator has published important new guidance on how pilots living with HIV will be medically assessed to obtain and continue to hold their UK licences. The regulator’s new guidance confirms that with a timely diagnosis of HIV and antiretroviral therapy, there is a much lower risk of a pilot suffering conditions that could impair their ability to safely fly aircraft.

This is a milestone in the global aeromedical assessment of HIV. It means there is a now a much clearer way for pilots living with HIV to obtain unrestricted (Class 1) medical certification in the UK. For some pilots living with HIV, it will also reduce the need for additional cognitive testing. The guidance also covers Class 3 medical certificate applicants who work, or wish to work, as air traffic control officers.

In another ground-breaking move, the regulator has also announced a six-month period during which any pilot or air traffic control officer, who has in the past not declared their HIV positive status when applying for an aeromedical certificate, can come forward in total confidence to the Civil Aviation Authority to correct their record, without having to notify their employer.

Anyone doing this within the six-month period will face no enforcement action for not previously declaring their positive HIV status and the regulator’s medical team will work through a review of their health status with them, following the new guidance, to ensure their medical information is accurate and up to date.

Richard Moriarty, CEO of the UK Civil Aviation Authority, said: “The UK will continue to lead the way in supporting pilots living with HIV to fly safely and pursue their careers and dreams. Recent medical advances mean that if someone with HIV effectively manages their condition, they should be able to live a near-normal life.

“Our new guidance recognises this. I want to appeal personally to anyone who has previously not declared their HIV status to contact us within the next six months so we can reset this with you in total confidence.”

Ian Green, Chief Executive of THT, said: “These landmark changes, removing the final barriers to people living with HIV having a full career as a commercial pilot, reflect the huge progress we’ve made in the fight against HIV over the last 40 years and mark the UK as a global leader in HIV aviation policy. Out-dated restrictions were holding pilots living with HIV back in their careers, but now the Civil Aviation Authority’s policies and practices will reflect the reality of living with HIV today.

“These changes will immediately benefit pilots who can now share that they are living with HIV without any negative impact on their career. While the shift also sends a clear message to the general public that HIV has changed and a diagnosis doesn’t have to stop anyone from fulfilling their dreams and goals as a commercial pilot or anything else.”

Deborah Gold, Chief Executive of National AIDS Trust, added: “We are delighted the Civil Aviation Authority has listened to our concerns and pilots can now declare their HIV status without it getting in the way of their job. HIV is now a manageable long-term health condition and people with HIV can live long and healthy lives.

“There is no medical reason why HIV should stand in the way of any job, including flying planes, and it’s great to see UK aviation industry policy recognising this. Today’s announcement brings us one step closer to a world where HIV stigma doesn’t hold anyone back from living the life they choose.”