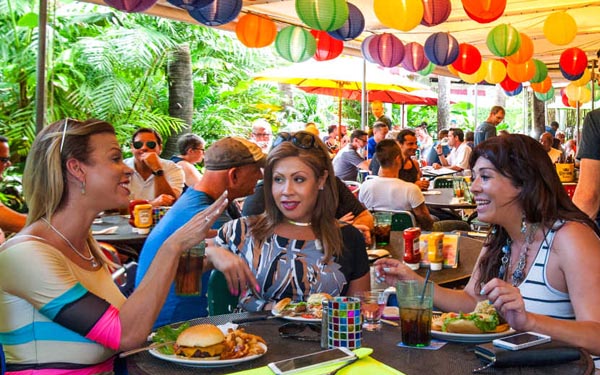 In 2015 Greater Fort Lauderdale raised the bar for trans inclusion, launching a historic transgender initiative with the largest and first-ever Transgender Travel Survey.

The initiative accompanied the arrival in Fort Lauderdale of one of the premier Transgender Conferences in the USA.

Southern Comfort, started in Atlanta in 1991, returning there every year till 2014 when they announced the annual conference was moving to Fort Lauderdale in the sunshine state of Florida, from 2015.

Following this year’s hugely successful conference from September 29 – October 3, in Fort Lauderdale, the Greater Fort Lauderdale Convention and Visitors Bureau have produced a video emphasising the importance of the ‘T’ in LGBTQ to the city.

Fort Lauderdale has a unique history supporting LGBTQ equality. Broward County was one of the first counties in the US to pass a human rights ordinance barring discrimination based on sexual orientation and has been electing openly LGBTQ individuals to office since 1988. Broward also protects LGBTQ residents and visitors by law, barring discrimination based on sexual orientation and gender identity or expression in employment, housing, and lodging, and also provides domestic partnerships and health benefits to same-sex couples.

The Gayborhood of Wilton Manors offers a unique shopping centre, and an abundance of LGBTQ and LGBTQ-friendly businesses and resources including the International Gay and Lesbian Travel Association (IGLTA), the Pride Center at Equality Park as well as being home to the Stonewall National Museum & Archives, which houses the largest circulating LGBTQ book and film program in the US.