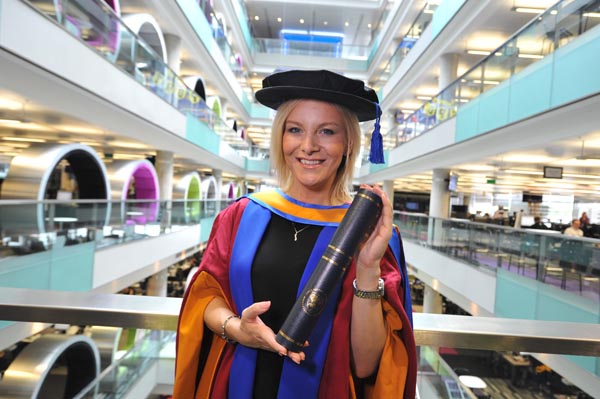 Stephanie is an award-winning radio DJ, TV presenter, broadcaster and an icon of the UK transgender community. She is probably best known for fronting the Hirsty’s Daily Dose breakfast show on Capital Radio for 11 years, which earned her and fellow presenters the title of Commercial Radio Presenters Of The Year at the CRCA Awards, and a nomination in the breakfast category of the 2005 Sony Awards.

However, it is not just her broadcasting and radio talent that have put her in the spotlight.

Stephanie, born as Simon in Barnsley in 1975 announced her transition to female, her true gender in the Autumn of 2014. Throughout her journey, she has been praised for the honesty and integrity she has shown and has since been seen as a national icon and role model for transgender issues.

She was included in the Rainbow List 2014 – an annual celebration of the 101 lesbian, bisexual, gay, and transgender people in the UK who make a real difference.

Stephanie made the decision and announced her plans to transition live on BBC Radio Five Live’s Stephen Nolan show in October 2014, an episode that went on to be 5Live’s most downloaded news podcast ever.

In 2014 she also collected a nomination for Breakfast Show of the Year at the Radio Academy Awards, formerly the Sony Awards.

In July 2015, Stephanie returned to broadcasting, this time signing a deal with the BBC for her own show Nothing but the 90s on BBC Manchester. With a return to radio, a journey into television soon followed, with Stephanie presenting for BBC Breakfast and BBC Inside Out.

Stephanie is also part of the extended family on ITV’s Lorraine where she has been a mentor for their Change One Thing and, with a talent for writing, she has written articles for The Independent, Guardian and The Telegraph.

Stephanie will be awarded an Honorary Doctorate of the University on Monday, July 25 at 11am, for her contribution to public life.

Leeds Beckett University Chancellor, Sir Bob Murray CBE, said: “Stephanie is an inspiration and demonstrates values we can all aspire to, such as integrity and authenticity. She has not only had a successful broadcasting career, but has very much become an icon for the transgender community after being so open and honest about her experiences.

“I am delighted that Leeds Beckett University is recognising Stephanie’s contribution to public life with this Honorary Doctorate. I believe her courage, experience and all that she has achieved will be of great inspiration to our graduating students.”