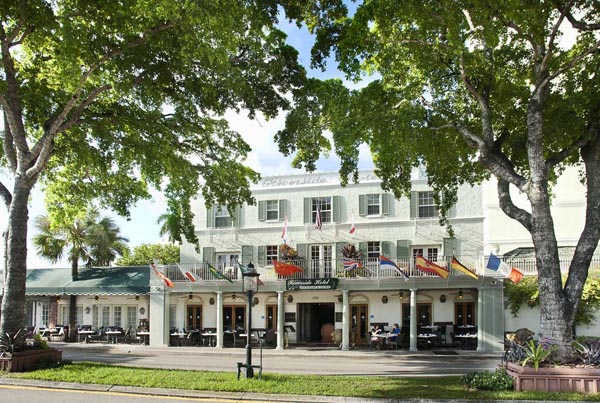 The conference will welcome hundreds of attendees for a series of workshops, seminars, and networking events hosted at the Riverside Hotel in Fort Lauderdale.

“We look forward to welcoming Southern Comfort Transgender Conference organisers and attendees to our progressive destination, where diversity is in our DNA,” said Stacy Ritter, President and CEO of the Greater Fort Lauderdale Convention & Visitors Bureau. “We proactively look for ways to reach the transgender community and are glad to partner with this important annual event which has built a reputation as a safe place for LGBT+ people with a familial atmosphere and an aim at inclusiveness.”

Conference activities will include legal and medical presentations, as well as sessions on family, relationships and sexuality.

During the conference, delegates will have the chance to experience Greater Fort Lauderdale’s stunning natural scenery, exciting LGBT+ nightlife and exquisite dining.

“The  Southern Comfort Transgender Conference is a safe space to explore and celebrate the gender spectrum.”

The annual event attracts people from all over the United States to Greater Fort Lauderdale, offering the opportunity for education and social networking.

Charlotte Kibert, President of the Southern Comfort Transgender Conference, added: “We are thrilled to partner again with the Greater Fort Lauderdale Convention & Visitors Bureau. Our conference attendees get to experience invaluable sessions and networking in a fantastic, cosmopolitan destination.

“Greater Fort Lauderdale’s authentic and welcoming vibe makes all the difference, and we value the opportunity to work together to support and provide resources for the transgender community.”

The keynote speaker will be Van Barnes, best known as the first person to out the CIS male lead actor who was eventually fired from Amazon’s award-winning and critically acclaimed TV show Transparent when she disclosed her experience working several seasons as personal assistant to the lead actor.

Sarah McBride, national press secretary for the Human Rights Campaign, will make a repeat appearance at this year’s event. McBride, one of the first openly transgender people to work in the White House, helped influence the administration’s policy on transgender rights and has shared her stories with some of its most influential figures. In July 2016, she was a speaker at the Democratic National Convention, becoming the first openly transgender person to address a major party convention in American history.

Since then, Greater Fort Lauderdale has continued to break down barriers and facilitate visibility for the LGBT+ communities at large, acting as a pioneer in the hospitality industry and ensuring that the destination is inclusive and welcoming with a diverse, safe and open community for all travellers.

The destination now welcomes 1.5 million LGBT+ travellers annually, who spend $1.5 billion in the city. It also features one of the largest Pride Centers in the country, the first and only World AIDS Museum and Education Center, and is home to the Stonewall National Museum & Archives, one of the only permanent spaces in the U.S. devoted to exhibitions relating to LGBT+ history and culture. Most recently, Greater Fort Lauderdale opened the area’s first LGBT+ Visitors Center in Wilton Manors.

For more info on the Southern Comfort Transgender Conference, which is produced and run entirely by volunteers, click here: