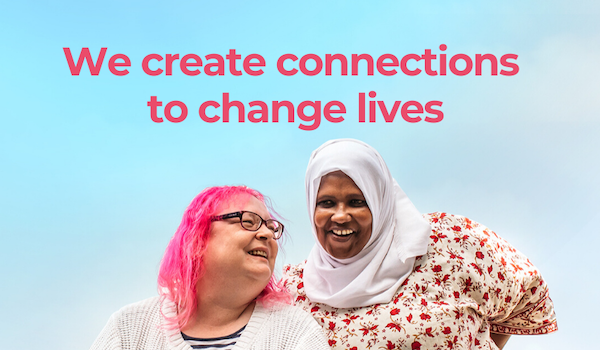 Ahead of Loneliness Awareness Week, which runs from June 13 – 17, loneliness charity Together Co has revealed it provided 17,800 hours of support to people in Brighton & Hove over the last year.

By promoting the power of human connection to reduce the stigma of loneliness, 538 volunteers  gave a staggering amount of time to people in the city who had reached out for help or were referred through other organisations.

These figures, the charity says, highlight the need for creating connections, and Together Co believes that in a city of 300,000, no one should be alone.

Together Co’s befriending service matches people with people to create friendships, while its social prescribing service provides connection and support.

Befriending referrals came from people experiencing acute loneliness and the charity made 28,651 contacts with people through face-to-face visits and telephone calls, between April 2021 and March 2022.

The Social Prescribing team also developed Coaching to Cope, helping to maintain connections between people and services during the pandemic.

Charles Curwain, 63, from Hove, was at breaking point when he approached Together Co to ask for help.

He had given up his career to care for his husband Martin following a cancer diagnosis, but lots of medical appointments and difficult decisions left him struggling.

Charles said the social prescribing service, and his Together Co link worker Mary, helped to bring a sense of order to his world.

He said: “Mary was very clear that we would do whatever was right for me. She was somebody who just listened, she instilled a sense of hope and strength.

“She got the balance right on being therapeutic but also helped with some practical stuff and I needed that balance.”

Charles is now volunteering in a community garden and also has an Albion in the Community Walking Support Buddy.

Sofie Franzen, Together Co’s Chief Executive Officer, said: “It is widely known that the pandemic affected people unequally, with those with support structures doing much better than those without.

“Isolation and loneliness are more widely recognised as the pressing public health issues that they are and that is why Loneliness Awareness Week, and talking about the work we do to combat loneliness, is so important.”

Together Co is partnering with businesses in Brighton & Hove throughout June, which will be donating a percentage of their profits from certain products to the charity, including The Well in St George’s Road, Kemptown, which is brewing a beer called Lonely Palm.